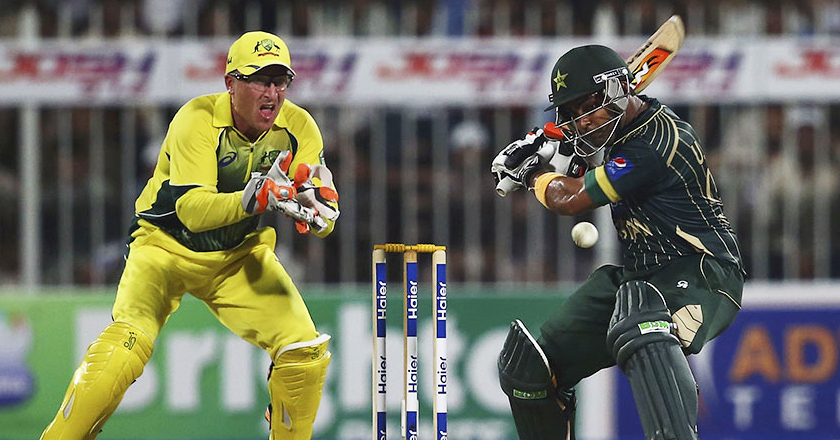 Low on confidence and seemingly out of steam, the tamed Green Lions face the mighty Aussies in a do-or-die match for the former on Friday, 10th October, 2014, in a day-and-night encounter at Dubai.

Catch all the action live on PTV Sports at 04.00pm PST.

Battered, bruised, and inconsolably embarrassed by a young Australian team in the first One Day International at Sharjah, the Pakistan Cricket team, under the stewardship of Misbah-ul-Haq’s have been forced to go back to the drawing board to figure out just what went wrong in the game that was seemingly well within their reach from the first wicket-taking ball of the innings.

Having won the toss, Australian captain George Bailey made the wise choice to bat first, and bar the loss of opener Aaron Finch on the very first ball, the pair of David Warner and Steven Smith kept the scoreboard ticking, with the latter scoring a brilliant, match-winning knock of 101 runs.

His unorthodox yet fairly exquisite batting against the toothless spin attack of the Pakistan Cricket team, who are without two of their key spinners, Muhammad Hafeez (through injury) and the mercurial Saeed Ajmal (through suspension) was a joy to watch.

T20 captain Shahid Afridi, 35 year old debutant, Zulfiqar Babar, and pacer Muhammad Irfan were the pick of the bowling line up that failed to shine in fairly familiar conditions. However, they restricted the Australian team to a gettable target of 256, with ‘Boom Boom’ Afridi picking up three wickets.

In reply, the Pakistani opening pair of Ahmed Shehzad and wicket-keeper Sarfraz Ahmed failed to provide a firm launching base for the team to build its innings upon. The batting line-up, as has been seen over the past several years, collapsed under immense pressure, and with the exception of the supremely talented Umar Akmal, who scored 46 off 57 balls, the batting line up disappointed immensely.

After the T20 drubbing, head coach Waqar Younis had raised concerns over the batting lineup’s inability to absorb pressure in the shorter format. After the dismal showing in the first ODI, Misbah-ul-Haq said that the team was extremely low on confidence.

The present mind-set of the Pakistani camp this close to a World Cup year are worrying signs for the entire nation.
But Why We Still Believe In Green?

This is the same team that, when on-form, gives you Goosebumps.
Remember Afridi and his two sixes against India’s Ashwin in the final over in that contest at this year’s Asia Cup? Its moments like those that make us want the eleven men in green to do well whenever they step on the pitch and represent our beloved country.

But right now, the team needs to right some wrongs. Gladly for the team, the second ODI gives them the opportunity to do just that. In Ahmed Shehzad, they have one of the most technically-gifted opening batsmen in world cricket. In Misbah-ul-Haq, they have one of the calmest and the most composed captain in the world. In Shahid Afridi, they have Mr. Inconsistent who seldom fails to entertain. In Umar Akmal, they have a man they can almost always rely on. In Muhammad Irfan, they have a seven-foot gentle giant whose pace and bounce can trouble even the best of batsmen.

This team has individuals who are brilliant at what they do and most of them would walk into any cricketing international side. However, they need to quickly gel together and become a team rather than a group of individuals!

Are you with Team Green? Let us know with your comments below