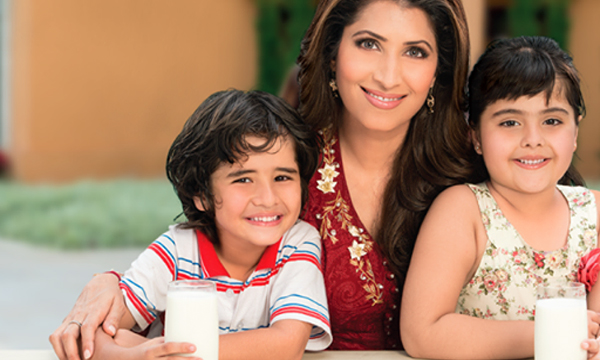 Engro Foods in a press conference yesterday announced the launch of their new Olper’s campaign in the presence of several industry experts and media personalities.

Olper’s – a household name in the UHT milk category of the country – unveiled a campaign to educate the masses on the importance of milk consumption as part of a healthy and balanced diet whilst simultaneously highlighting critical issues associated with commonly available loose milk.

Speaking at the occasion Engro Foods Marketing Director, Ahsan Afzaal Ahmad said: “Milk as a source of nutrition has remained an integral part of the Pakistani food culture. However, even though we are one of the largest producers of milk in the world, the incidence of malnutrition especially stunting and wasting remain abundant in our population – especially children and women. According to UNICEF’s Progress Report for 2013-2015, 44 percent of Pakistani children are stunted. This is the third highest percentage of stunted children in the world and means that more than 9.6 million Pakistani children have experienced chronic nutrition deprivation in utero and/or during early childhood. Through this campaign Olper’s aims to highlight the importance of drinking nutritious milk which is free from adulterants and contaminants, and the beneficial impact that UHT milk can have on the individual’s health.”

The experts highlighted that UNICEF’s nutrition assessments – which are available publicly – revealed alarming rates of malnutrition in Pakistan. According to one such report published by UNICEF’s malnutrition contributes to 35% of under-five deaths which is an easily reversible trend.

Addressing the media present at the event these professionals explained the benefits of packaged milk, which through its UHT or Ultra-High-Temperature process retains nutrition better than open pan boiled milk.

This, in turn, delivers better nutrition for the entire family, especially young children.

The launch of the new campaign was marked with the viewing of Olper’s new TVC featuring celebrities Vaneeza Ahmed, Kiran Khan, Saira Kabeer and Meera Ansari.

Having three young children Saira Kabeer spoke about the importance of ensuring that children receive the best nutrition available.

Having three young children Saira Kabeer spoke about the importance of ensuring that children receive the best nutrition available.

Milk plays a vital role in the growth of a child and it is up to the parents to protect their children from potentially harmful substances that might exist in non-UHT milk which could lead to severe issues such as malnutrition. Drinking milk everyday day is beneficial for people of all ages and it is

Drinking milk everyday day is beneficial for people of all ages and it is the time that people start questioning what it is they are pouring into their glasses every day.

Olper’s is a 100% preservative free UHT milk and Engro Foods premium dairy brand. It is also the market leader in packaging innovation where new formats are introduced to make consumer lives hassle-free in today’s time-sensitive world.

Olper’s was the first ever dairy company in Pakistan to introduce a cap on its packaging for easy opening, pouring and storing, along with the microwave friendly Mini Jug pack with an air handle and easy tear option.

Olper’s has also acquired multiple certifications based on international standards which demonstrate the brand’s constant commitment to ensure their consumers are receiving a high-quality product packed with nutrition.