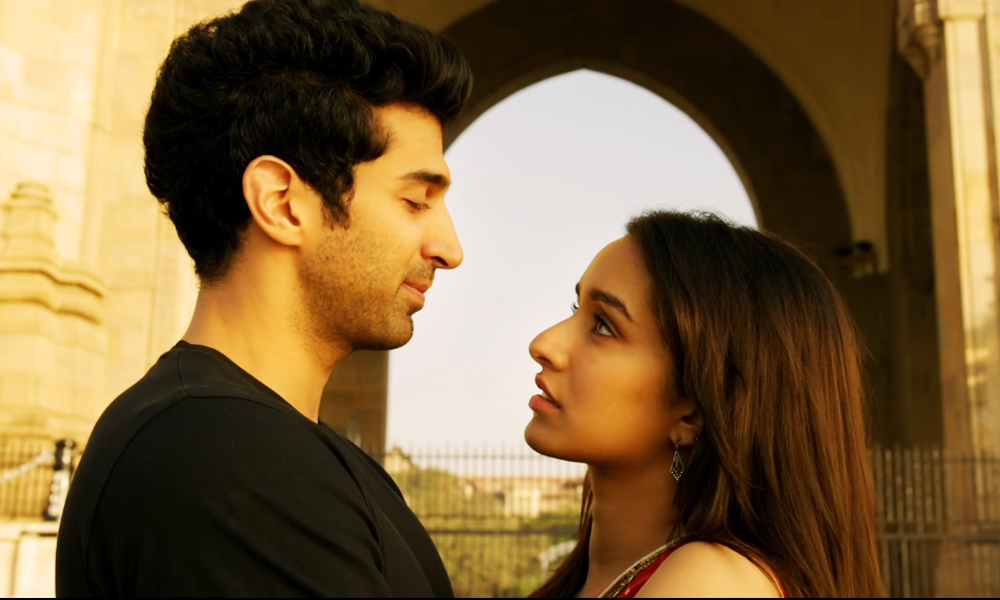 Aditya Roy Kapur and Shraddha Kapoor’s highly awaited starrer Ok Jaanu’s official trailer was recently unveiled and it was just so adorable! The scintillating chemistry of the two took us back to the Aashiqui 2 days! They have done it yet again! The movie highlights a modern day couple undergoing the complications of a live-in relationship and the fear of long-term commitment but eventually falling deeply in love. The story may be cliched, but the tried and tested of formula of Bollywood never fails!

Here is the latest OK Jaanu poster oozing with sizzling chemistry between Shraddha and Aditya Kapoor! Director Karan Johar was missing from the celebration; however, the director tweeted a still from the movie where both the actors are passionately wrapped in eachothers’ arms. Just three years after the romantic, high-on-chemistry Bollywood hit Aashiqui 2, the actors Shraddha Kapoor and Aditya Roy Kapur are to be seen back on the silver screen with another romantic flick ‘OK Jaanu’. The film which is a remake of a Tamil film ‘OK Kamini’ is slated to release on January 13th, 2017. Directed by Shaad Ali and produced by Karan Johar under the name Dharma Productions, the film revolves around a romantic genre where a young couple is bound in a live-in relationship, reluctant to get married.

The makers of the film recently revealed the release date of the film that is January 13th, 2017.

The first look of the film has been released, showing the lovely-dovey couple who cannot keep their hands off eachother.

OK Jaanu is a remake of a Tamil movie OK Kamini that featured Dulquer Salmaan in the lead. The music composition of the film is done by a veteran AR Rehman .

Have a look at some recent pictures from the sets of OK Jaanu:

And A BIGGGG THANKS to YOU for Making #OKJAANU so Special…😍😍😍😘🎀 pic.twitter.com/SLgY4P0PLp

Aditya Roy Kapur and @ShraddhaKapoor on the sets of #OKJaanu 😍😍pic.twitter.com/bQF1B6MZF9