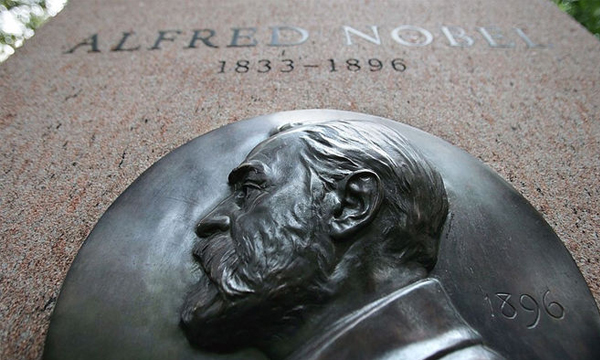 The Nobel Prize is an international award presented annually to individuals based on their academic, cultural, and/or scientific achievements by Swedish and Norwegian institutions.  The ceremony for the Nobel Prize 2016 is being held in Sweden this year and have rolled out the accolade in the field of Medicine or Physiology.

The trio of jean-Pierre Sauvage, Sir J. Fraser Stoddart and Bernard L. Feringa were the recipients of the Nobel Prize in Chemistry “for the design and synthesis of molecular machines.”

Jean-Pierre Sauvage has threaded two molecular loops together, so that the structure can stretch and contract. #NobelPrize pic.twitter.com/JBHqnuiAcJ

Nobel Prize in Medicine or Physiology

On the 3rd of October, the 2016 Nobel Prize in Physiology or Medicine was awarded to Yoshinori Ohsumi, of Japan, for his discoveries of mechanisms for autophagy or ‘self-eating’.

2016 Medicine Laureate Yoshinori Ohsumi in his lab, just after receiving the news he is awarded the #NobelPrize pic.twitter.com/sF2sZqez3n

His discovery unveiled how cells transport unwanted or impaired material to the lysosome –situated in the yeast cells- that recycles these components. He compared the autophagy in yeast cells to the similar processes that take place in human cells. The failure of these cells to recycle is believed to be the cause of diseases and aging.

The mutation of the autophagic genes can be the cause for several conditions such as cancer and neurological disorders such as Parkinson’s disease. Last year, this prize was awarded to William Campbell of the US, Satoshi Omura of Japan, and Tu Youyou of China, for their findings of treatments against parasites.

The Nobel Prize in Physics 2016

The 2016 Nobel Prize in Physics is awarded to David Thouless, Duncan Haldane and Michael Kosterlitz for “theoretical discoveries of topological phase transitions and topological phases of matter”.

The schedule for the remaining 2016 Nobel Prizes is as follows:

The Nobel Prize in Literature 2016 date to be awarded is yet to be added.

Stay tuned to Brandsyanrio for more updates on the 2016 Nobel Prizes!