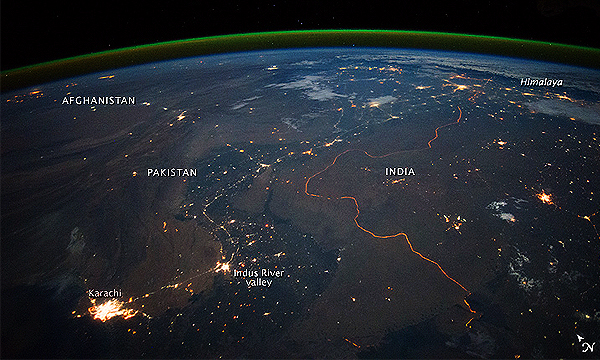 NASA Earth Observatory has published a space image on their website which features the India-Pakistan border at night. A truly breath-taking shot which depicts one of the few places on Earth where the international border can be seen glowing from the skyline at night.

The city of lights, Karachi can also be seen glowing like a giant cluster of beams beside Arabian Sea which is dense in darkness.

This photograph was captured on September 23rd, 2015 using a Nikon D4 Digital Camera.

There are more photographs of the border zone which show Lahore as a city from the night-time, as well as a daytime view of the Indus Valley