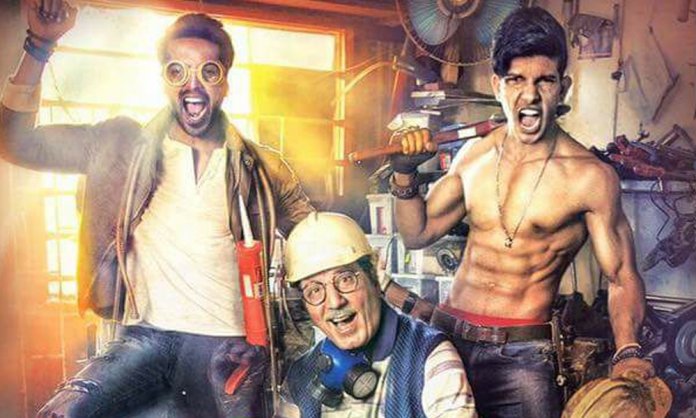 Na Maloom Afraad 2 full movie is trending on Youtube and we are not surprised!

After making a successful comeback last year, the 2017 blockbuster is back in the game again and is trending on number 1 on the website with more than 3.8 million views already!

The full-length of Na Maloom Afraad 2 was uploaded on YouTube 6 days ago and has managed to attract all those people who were impatiently waiting to watch it since last year!

The sequel to the superhit 2014 comedy thriller Na Maloom Afraad was released on Eid-ul-Azha last year and became the second highest grossing movie of 2017 after Punjab Nahi Jaungi!

Starring Fahad Mustafa, Javed Sheikh, Mohsin Abbas Haider, Urwa Hocane in the returning cast and Hania Aamir and Marina Khan as debutants, NMA 2 was successful enough in not just winning the hearts of the audience but also gathered approximately 21 crores at the Box Office!

Though the story was different than its prequel, NMA 2 continues the journey of the 3 Musketeers, Fahad Mustafa, Javed Sheikh and Mohsin Abbas Haider, and the chaos they face during their trip to Cape Town along with their other cast members!

Co-written and directed by Nabeel Qureshi NMA 2 got released under the banners of Filmwala Pictures and Excellency Films and has been making it to the news since then!

After NMA got released back in 2014, we all had been impatiently waiting for its sequel for 3 years and the wait was totally worth it. Now that Na Maloom Afraad 2 is available on YouTube, we can watch it over and over again!