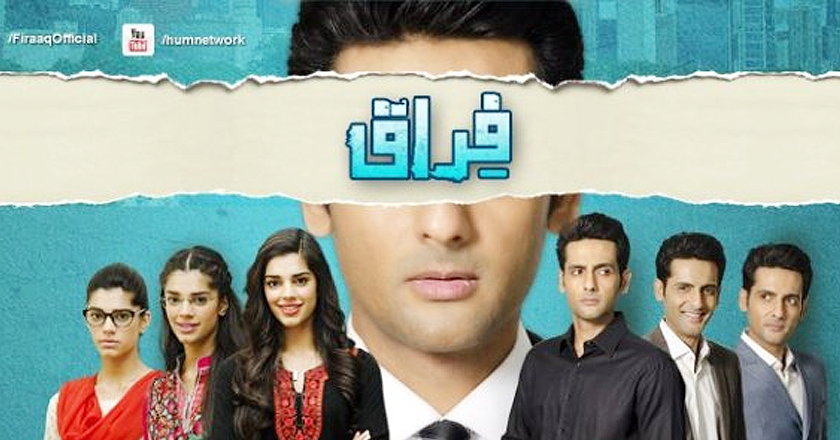 Hum Tv’s new drama serial Firaaq has already created much hype amongst the audiences with its appealing and catchy story line and strong star cast. The show is produced by Momina Duraid, with the directorial expertise of Abis Raza, whereas the script of the show is penned down by Mustafa Afridi.

As for the star cast, all the big names of our industry are a part of the show, especially the legendary Uzma Gillani, who plays of the lead role in the show. Along with her the screen is shared by Syed Mazhar Ali, Mohib Mirza, Sanam Saeed, Junaid Khan, Noor Hassan Rizvi, Hira Saleem and Cybil Chaudhry in the main roles.

Firaaq tells the story of a broken family, which lives in Panama City, Florida and Paiman (Sanam Saeed) who fights to live at her own will. Firaaq is a story of love, relations and responsibilities.

Paiman is a Pakistani-American, who lives with her mother, Uzma Gillani, in the States where she meets her brother’s psychiatrist; and develops a bond of love and trust with him, the role of psychotherapist is played by Mohib Mirza.

Check Out the OST of the Drama Serial “Firaaq”.

The serial  is mostly shot in Panama City of Florida in US, while some scenes are also shot in Pakistan.

This is second appearance of Junaid and Sanam together after Mata-e-Jaan Hai Tu, where he plays Sanam’s abusive husband.

Model turned actress, Cybil marks her debut in acting by this serial. Veteran actor Syed Mazhar Ali has made his come back to TV after massive heart attack.

Two episodes of the show have already been aired. And you can catch up with the latest developments in the lives of Paimaan and her family every Saturday, 8pm at Hum Tv.