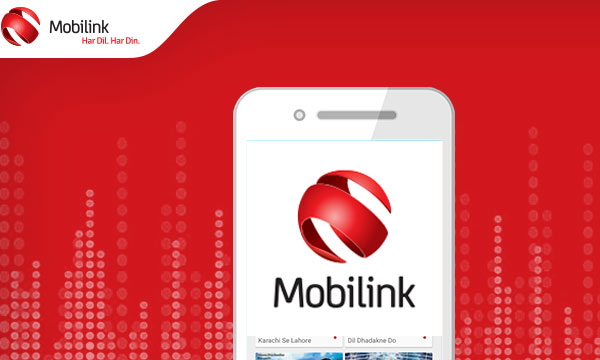 According to Pakistan Telecommunications Authority’s (PTA) recently released report on the industry, Mobilink has further strengthened its number one position; qualitatively and quantitatively.  The Telco not only leads the industry in terms of overall subscriber base (36.21 million customers), 3G users (7.2 million), and 3G speeds in every city but is also the fastest growing 3G network in the country. Mobilink has also done exceedingly well under PTA’s annual Quality of Service (QoS) survey by surpassing almost all key performance indicators set by the industry regulator.

“Over the past year we have invested a sizeable chunk of our profits back into network up-gradation, thus it is good to see our endeavors have surpassed the industry’s benchmarks,” said Jeffrey Hedberg, CEO & President – Mobilink. “The Quality of Service results published by Pakistan Telecommunications Authority are proof of Mobilink’s commitment to the provision of high-end services to customers across the country.”

Upon maintaining the number one position in the country in terms of subscriber base, both voice and 3G, Jeffrey congratulated his countrywide team for their tireless efforts, and further added, “for us, the number one tag does not mean we sit back and enjoy the fruits of our labor, but is a motivator to continue exceeding all consumer and regulator expectations.”

Under the voice category of PTA’s QoS survey, Mobilink has performed best under ‘Network Downtime’ by achieving a threshold score of 0.23%, least in the industry indicating its network durability across the country, and a 5.04 seconds ‘Call Connection Time’ Threshold, which indicates the average connection time of calls through Mobilink.

For the 3G KPIs under the survey, Mobilink topped in every criteria. The Telco averaged a download speed of 4,044 Kbps on HTTP servers while averaging 3,174 Kbps on FTP servers throughout the country, hence strengthening its claim to being the fastest 3G network in the country.

These results are a reflection of Mobilink’s continuous efforts to provide a high quality of services through network up-gradation and maintenance. Over the past year, the Telco has invested in the provision of HD voice calls on its network, network expansion to towns up North, and a first of its kind upgrade of its existing network to the state of the art 100 Gbps Optical Transport Network (OTN).