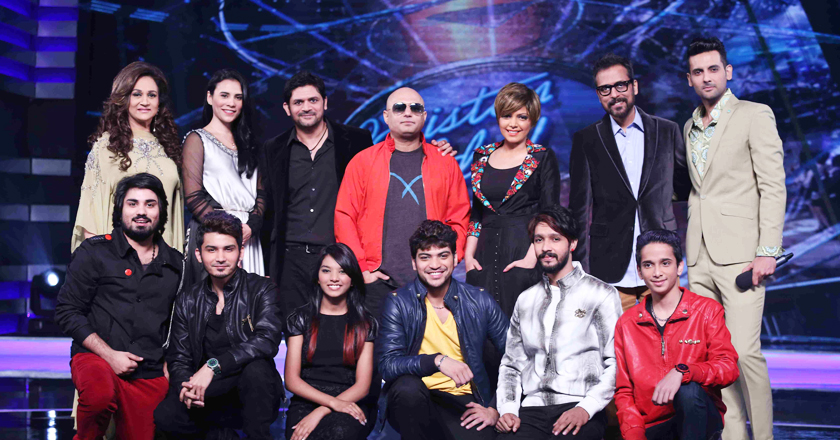 Pakistan Idol, the franchise of the most loved music show abroad has made its way to the final 6 in Pakistan.

The six finalists have received great praise from all over the country, as they aim to win the show with their melidious voices.

To be the first Pakistan Idol carries alot of perks; it means to triumph a cash prize of Rs. 2.5 million, followed by a brand new Honda City Aspire for the winning participant and a contract worth million of rupees as well.

But a thing that serves as the most intense motivation for the participants is to win the competition and to become a voice to represent their own country, i.e. Pakistan.

The six finalists that have made it to the top include:

The Lahori contestant that once stood amongst the long waiting list of Lahore now stands amongst the best 6 singers from all over Pakistan. As believed by Zamad, the genre that suits him best is the Sufi Rock genre. Most appraised for his Ustaad Nusrat Fateh Ali Khan’s like voice, Zamad has won the hearts of many with his amazing song selection and singing.

The only lady now left in the show, Rose Mary who is just 15 is one of those few girls in the music industry who is blessed with much talent and a very mature yet strong feminine voice. The fourth runner up of “Chotey Ustaad” Rose Mary has an expertise over semi-classical and pop genres.

A young lad of 21 and another participant from Lahore, Kashif Ali is a vocalist with much talent that has brought him not only to the stage of Pakistan Idol but has also developed a lot of love for him from the audience.

A thing that makes him different from the rest is the much love of audience for him, which brought him back as a wild card entry to the show after his initial elimination.

The only representative of a large sect resident in Pakistan i.e. Pathan, Muhammad Shoaib has not only won the hearts of many with his soothing and beautiful voice but has also made his way to the final six of Pakistan Idol.

Getting so far in the competition on a national basis without any proper training is an achievement in itself, which clearly indicates towards his superb talent.

An extremely talented and groomed vocalist from the Karachi’s institute of NAPA, Abdul Rafay Khan has not only made his place amongst the top 6 at Pakistan Idol but has also become the judges’ favorite.

Rafay is Ali Azmat’s favorite in the show, as acclaimed by the judge himself that this young lad reminds him of his early days.

Having a heavy fan following, Syed Ali Asad Zaidi is known amongst the ladies as a heart stopper. The vocalist have come a long way to take part in the competition and is the only participant in the show to have such a deep interest in rock music genre, which is quite visible in his high pitch songs.

One of the most promising of the participants, Ali is truly motivated towards earning the prize of the show.