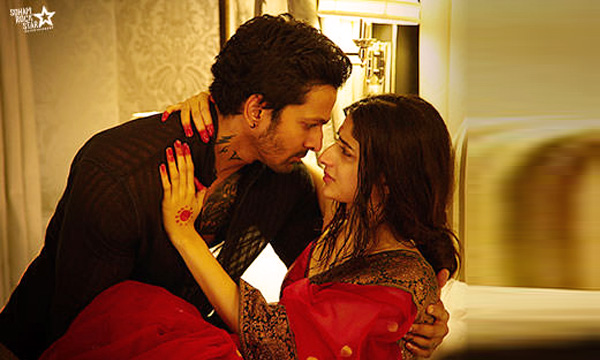 The much-awaited Bollywood flick ‘Sanam Teri Kasam’, starring our very own Mawra Hocane recently revealed its trailer receiving a blend of mixed reviews. The movie has now launched its first official title track song while the musical album release is scheduled for this January.

Mawra Hocane has compared her Bollywood Debut film to Aashiqui 2 and called it a “beautiful story”. The trailer reveals Mawra playing an innocent girl who feels she is not loved by anyone.

A post shared by SANAM TERI KASAM IN CINEMAS (@sanam.teri.kasam)

The upcoming Bollywood flick looks like an intense love story between a young couple.

Sanam’s upcoming movie is a directorial venture of Vinay Sapru and Radhika Rao. The uber-gorgeous actress has starred opposite Harshvardhan Rane – who’ll be making his Bollywood debut with this movie.

The music of Sanam Teri Kasam has also been released and can be downloaded here.

The movie Sanam Teri Kasam is set to release on 5th February 2016 worldwide.