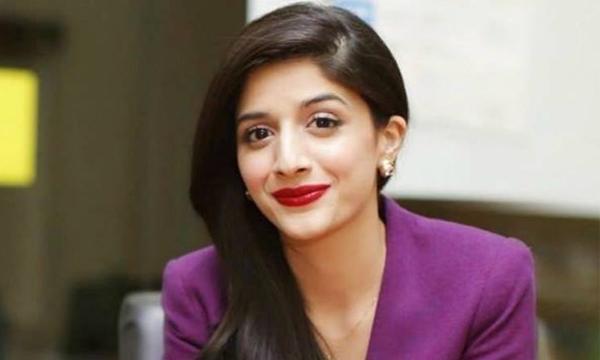 The bold & the beautiful, Mawra Hocane is finally returning to our television screens after a long time. The sassy starlet will be seen in a lead role  in a new social cause-based drama serial, ‘Sammi’ on Hum TV, in collaboration with the Johns Hopkins University.

The actress has started prepping for the ground-breaking serial and shared the news with her fans on social media.

Did you know that Mawra loves to have her scripts in Urdu rather than English?

‘I prefer my scripts in Urdu over Roman. That gives me an opportunity to improve my Urdu vocabulary’

After gracing our screens with the girl-next-door avatar in Bollywood flick, Sanam Teri Kasam, the actress is ready to give us yet another reason to be proud. The shooting will kickstart next week and will commence in Rahim Yar Khan!

It would be right to say that Mawra is following in the footsteps of her sister, Urwa Hocane who’s recently ended drama serial Udaari created waves in the television industry. ‘Udaari’, touched the hearts of many as it focused on one of the many taboo issues in our society- child sexual abuse.

PERFECTION !⭐ Not just the King of Couture, you are the King of Hearts Sher ! ❤️ @hassanhsy @mawrellous #PLBW

Inspired by her sister’s work, she is even more ecstatic to be a part of a drama that highlights social matters. Mawra Hocane wowed everyone in her performance in the Bollywood hit, Sanam Teri Kasam, earlier this year in February.

However, that didn’t stop false rumors from being spread around about her supposed lead role in an upcoming Bollywood movie, ‘Not A Prostitute’ and her dating affairs with Ranbir Kapoor and Sanam Teri Kasam co- actor, Harshvardhan Rane.

Regardless of these outlandish rumors spread by Indian media, Hocane voiced her own opinion on Twitter regarding the India-Pakistan frenzy. She clearly advocates peace and love.

Peace can NOT be kept by Force. It can ONLY be achieved by Understanding ✌🏻️ #Peace !!!! ❤️❤️❤️

More power to the Hocane girl!

Stay tuned to Brandsynario for more updates on Sammi.