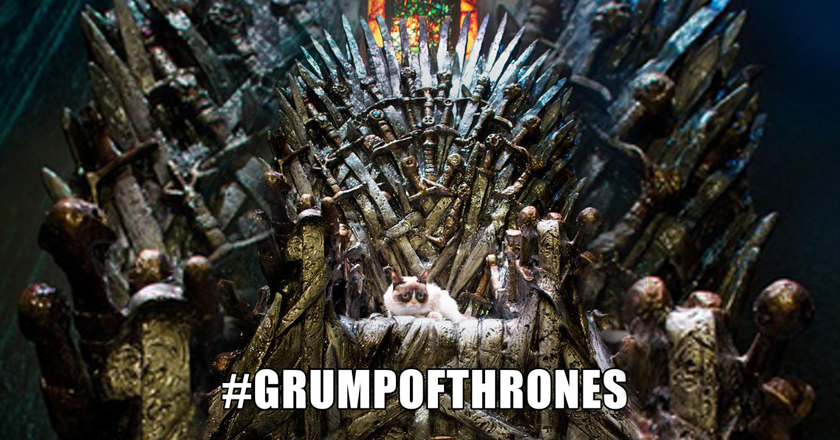 The sets of Game of Thrones season 4 went grumpy when Manhoos Billi aka. Grumpy Cat came for a fierce photo shoot.  Just like ‘s famous characters. the meme star was equally power hungry and ambitious to sit on the Iron Throne.

While sitting on the throne at Austin, Texas at SXSW 2014, she showed all the claimants that she is the true heir to the throne.

She sat on top, white in anger of all those who disregard her as the true queen of thrones. Have a look here:

Continuing her role as an unbiased and rightful queen of thrones, one of grumpy’s very first order’s were to bring Joffrey’s head, much anticipated and well awaited move which has allowed her to earn the love of all.

In the honor of Grumpy, it has now been revealed that Game of Thrones will now be known by the name of Grump of Thrones.