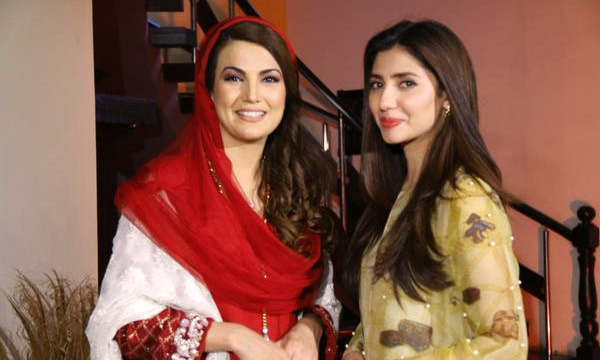 Reigning Pakistani queen Mahira Khan appeared on The Reham Khan Show on 16th August, where she was interviewed by the nation’s ‘Bhabhi’ on her upcoming movies Raees, Ho Mann Jahaan & other upcoming projects.

It seems Reham is concluding her show with Mahira as the final guest. Reham announced the news via her Twitter,

@RehamKhan1 thank you for having me! Had so much fun, especially off camera. Love to you and the bunch 😉 xx

This is Mahira’s first interview after coming back to Pakistan from the shoot of her upcoming Bollywood film ‘Raees’  in India. Mahira also commented that, “There is no need to do item songs in Pakistan. There are other ways to get respect”.

Upon further queries by her fans, Reham disclosed that she is taking a small break and will be back soon.

@DoveEsfakhawar Taking a mini break to work on my film project.

Reham is ending the show to work on her upcoming film Janaan: