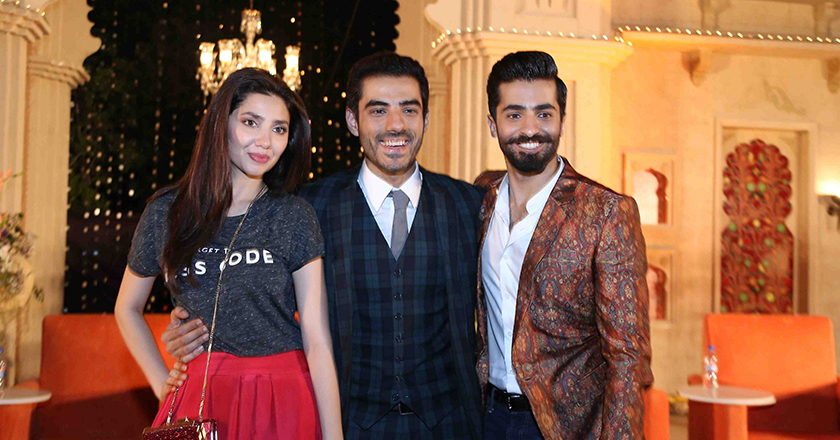 In a press conference held at the beautifully lit Frere Hall, Karachi, Ho Mann Jahaan, a film by Asim Raza was introduced to the media.

The story is a refreshing change that touches upon urban contemporary life following a year in the life of three college students.

All come from different social backgrounds, each with their own dreams but the common factor between them is music and it is what connects them together resulting in a bond that grows into a lifelong friendship.

The film produced under the banner of The Vision Factory Films, has been directed by Asim Raza who mentioned that the movie has nine songs but is not conventionally a musical.

There are no item songs either as there was no need for it in the film.

The title which literally translated means where the heart lies is also the central theme of the film.

All characters in the film young and old represent the various facets of society- all have dreams which they want fulfilled. It focuses on the dichotomy we all face, we all have free will but many a times we cannot go ahead and fulfill our dreams because we need to conform to the norms of society.

Brandsynario had the opportunity to meet with Mahira Khan and asked her about the role she plays, her costumes and how girls in our society could relate to her.

She plays the role of Manizeh, who is artistic and belongs to a liberal family. She is modern and independent and loves music.

On asking about the clothes she wears in the film, she mentioned that it was a collaborative effort, “I had my ideas, Asim had his and the Feeha Jamshed designed the western wear and my wedding wear was designed by Omar Sayed”.

The movie has been set in Karachi and shows the lighter side, highlighting the positives that the city has to offer as opposed to what we hear in the news every day.

Arhaan ‘s character is played by Sheheryar Munawar Siddiqui who comes from a lower middle class family and is very headstrong and his parents have high expectations from him in obtaining a business degree and pursuing a conventional corporate career.

On asking Sheheryar about the film, he adds that most of the film has been shot in Karachi and the characters represent people you come across in daily life.

They are not glamorized characters but they cover an entire spectrum of our society and there is someone who each of us can relate to – it is a film that everyone will enjoy.

Nadir, played by Adeel Hussain is the third friend belongs to upper- class parents, with a more temperate nature, wears the mantle of the dutiful son who have envisioned a certain life for him – which definitely does not involve a career in music.

With over 18 years in working as an advertising filmmaker in the Pakistani industry and also as a music video director, Asim Reza’s Ho Mann Jahan is highly anticipated. Khalid, who hosted the show, mentioned that we should not be quick to criticize, which seems to have become the norm.

The press conference took place on the set of the movie which is used as part of the wedding scene in the movie at the Frere Hall.