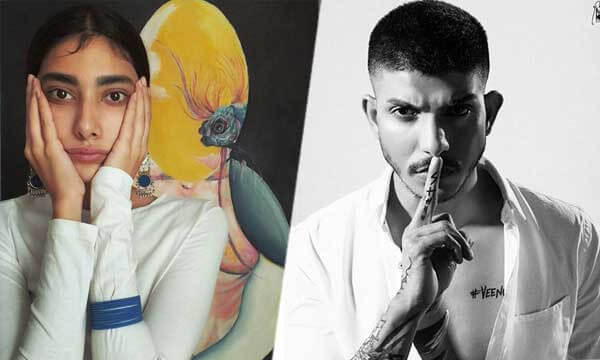 Pakistan’s biggest entertainment event of the year, LUX Style Awards is all set to take place in July 2019 and we are already excited about it. The nominations for this year’s categories have been announced and it seems like LSA 2019 is going to make history.

However, as soon as the nominations were unveiled, a number of celebrities came forward and reacted strongly for not noticing some prominent projects of last year.

Have a look at what celebrities have to say:

One of the most famous Pakistani models Eman Suleman has been nominated for the Lux Style Awards 2019 under the category of Best Emerging Talent in Fashion.

However, she boycotted the awards and said that an alleged sexual harasser has also been nominated alongside her.

I was extremely honoured to be nominated for the Lux Style Awards. What I’m going to say next is probably going to result in a lot of eyerolls and vitriol. [But] I do not wish to be part of an accolade that is shared with an alleged harasser. I feel no joy. Maybe give the nomination to someone who feels happy about it. I don’t. I am basically done.

Not to rain on anyone’s parade, but this, just, isn’t for me. I’m sorry, even though I shouldn’t have to be. Maybe I’m not. I don’t know. Also, I didn’t even send in my portfolio. I have a very tough time pronouncing the word eye. What a behuda accent, btw.

The versatile actor Mohsin Abbas Haider showed his disappointment as his drama ‘Meri Gurya’ has not been nominated for Best TV Play category.

First of all thank you for nominating our song Na Ja in the Best Singer of the Year category. But I am highly disappointed not to see a single nomination of our drama Meri Gurya. I don’t know the reason (which I would love to know if any), but this is very disrespectful for the whole team of the play. And thanks for making my belief more strong that let’s just make money and run our kitchens, thanks.

Koi Chand Rakh is one of the most popular OST of the year and more popular than the nominated ones, but not added in the #LSA2019. Some research is needed before announcing the biggest awards of the country.

Koi Chand Rakh is one of the most popular OST of the year and more popular than the nominated ones, but not added in the #LSA2019. Some research is needed before announcing the biggest awards of the country. pic.twitter.com/Lit8JArEZ9

The director of Ali Zafar’s Teefa in Trouble Ahsan Rahim slammed the awards for not noticing the music of the movie and wrote:

It goes to show how certain biases of certain individuals can turn the game upside down just because they don’t like you or your film personally or you didn’t let them use your music for free for their performances. I won’t be surprised if my film -the biggest non-holiday blockbuster of all times in Pakistan- goes unnoticed at the awards just because the voice of a few in charge is louder than many millions.

The popular ARY anchor protested that Faysal Quraishi’s hit drama Haiwaan too did not make it to the nominations.

LUX Style Awards 2019 comes as a shock and surprise both at the same time. Some nominations are very hard to accept whilst some omissions are highly questionable. LUX has been good also but now it seems the various lobbies are active more than performances of the artists