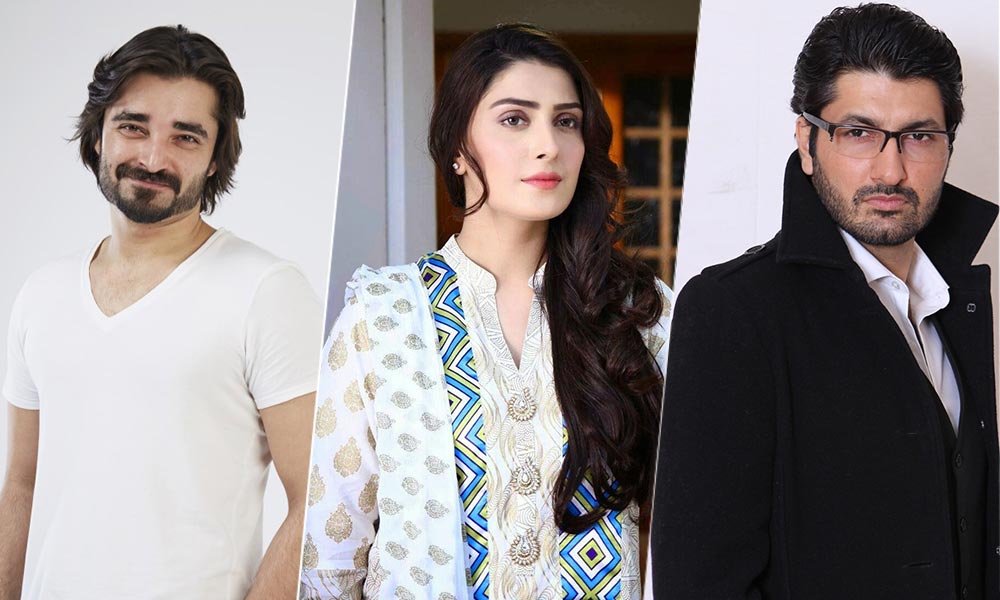 “The glamour, the style, the elegance, the dazzle…” it’s all back as the Pakistani entertainment industry prepares for the biggest event of the year, the 14th Lux Style Awards 2015.

While we can’t wait for the jury and viewers to choose the winners, we have our own set of predictions for the main award categories.

Check them out and let us know who you think should be the winners for Lux Style Awards 2015. An out and out success, Na Maloom Afraad is the longest running movie of Pakistan of recent times. The hilarious comedy starring Jawed Sheikh, Fahad Mustafa and Mohsin Abbass Haider, Na Maloom Afraad couldn’t have better depicted the plight of Karachiites and their ensuing solutions.

Competitor O21 pales in comparison to the success of Na Maloom Afraad, while Dukhtar was more of a critical achievement rather than a commercial one. While Na Maloom Afraad was an overall entertaining movie, Dukhtar would definitely bag the award for direction.

The movie’s strong visuals shot in remote terrains and its powerful portrayal of prevalent child marriage issue in Pakistan are two of the many reasons why we think Afia Nathaniel deserves this award. With most of the nominations are from Na Maloom Afraad, the current reigning hero of Pakistan, Fahad Mustafa and the legendary actor Jawed Sheikh seem like the obvious winners from the category. However, with Fahad Mustafa’s rising popularity as an actor and TV show host, it’s probable that Jawed Sheikh’s brilliant performance as the stuttering Shakeel bhai might take second place. Samiya Mumtaz’s portrayal of a distraught mother on the run to help her daughter escape from the societies’ terrifying practices in Dukhtar was brilliantly intense to say the least.

With one of the most talented actress of the industry giving competition, it’s rather unlikely that the award would go to Urwa Hocane for Na Maloom Afraad or Saleha Aref for Dukhtar. The first drama to have ever hit the silver screen and a recent hit across border, Pyare Afzal is most likely to bag the Best TV Play award this year.

While Chup Raho, with a much gripping storyline, gave the romantic drama a tough competition this year, Hamza Ali Abbasi starrer,  Pyare Afzal, seems like the ultimate winner with its rising populrity across border. While everyone loved Hamza Ali Abbasi as Pyare Afzal, there is no doubt that his portrayal of a dejected man in love was incomparable to the brilliant performance by Jibran Syed as the scheming, evil brother-in-law in Chup Raho.

Probably the best performance of his career, Jibran Syed’s devil-in-disguise character is sure to win him the Best TV Actor award this year. Saba Qamar’s acting in Sannata was credible, however, Aiza Khan’s portrayal of Farah, the confused, rich girl in love is more award-worthy. Not only was her acting praised by critics but the audience loved her so much so that she was the most searched Pakistani celebrity at Google in 2014.

One of the finest writers of recent times, Khalil-ur-Rehman’s penmanship is unrivaled. Even with Sameera Fazal’s Chup Raho giving Pyare Afzal tough competition, it seems like Khalil-ur-Rehman’s romantic tales will get him an award this year. With Yasir Nawaz’s nomination for Chup Raho absent from the list, the winner for Best TV Director will most probably go to the legendary actor, Nadeem Baig. His incredible direction helped Pyare Afzal become the first Pakistani drama to hit cinema screens and a major hit across border. Amna Ilyas, one of the most daring and bold models of our fashion fraternity rose to fame with her brilliant acting skills in ‘Zinda Bhaag’ and Good Morning Karachi.

Amna started off at a very young age and got fame in a short time. She has made her mark not only because of her bold attitude but, also because of dusky beauty, sharp features and a pinch of sensuousness. Ruling the male model industry of Pakistan, it seems like Shehzad Noor will be taking the award for Model of the Year once again. Having won the year before, Shehzad Noor has upped his gamed since then and is now not only a choice of top designers for the ramp but is also acting as the brand ambassador for a number of popular fashion houses.

Who do you think will win the awards this year? Share your views in the comments below.