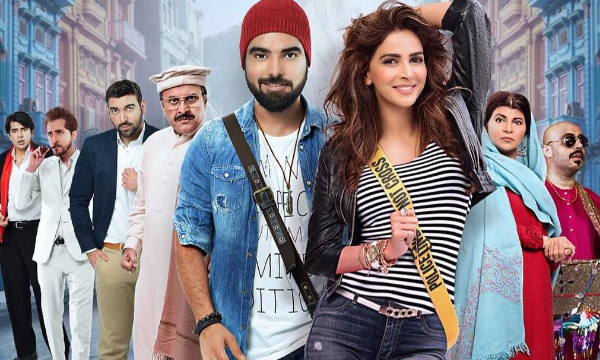 The movie sequel for the hit flick Karachi Se Lahore titled ‘Lahore Se Aagey’ has finally rolled out its trailer – packed with laughter, fun and music, the movie seems to be a full dose of entertainment. The ARY Films production is scheduled to release on 11th November 2016. “2015 has been an overwhelming year with the Pakistani movies that were released and Lahore Se Aagey is another treat to watch. The movie is scheduled to release in November 2016 and we feel honored to be a part of this venture with Wajahat Rauf.  We are looking forward for another bouquet of quality entertainment in 2016.”

Rauf continues, “Some people can’t be thanked here as they have surprise and special appearances for the movie. Lahore Se Aagey will hopefully be released in November 2016.”

Jerjees Seja CEO ARY Digital Network and Co-Producer of the movie shares “In a very short period of time ARY Films has been successfully providing quality movies in Pakistan and across the border. Lahore Se Aagey is one of our productions with our Made In Pakistan Campaign and will be released in November 2016 simultaneously all over the world.”

Yasir Hussain being the lead and writer of the movie said “Karachi se Lahore was my first film and the journey was easy but if we can go ‘Lahore Se Aagay’ then we will go a long way.”

“Lahore Se Aagey is my debut movie and I am looking forward to the release. It was a pleasure working with the team of Lahore Se Aagey.” Saba Qamar says.