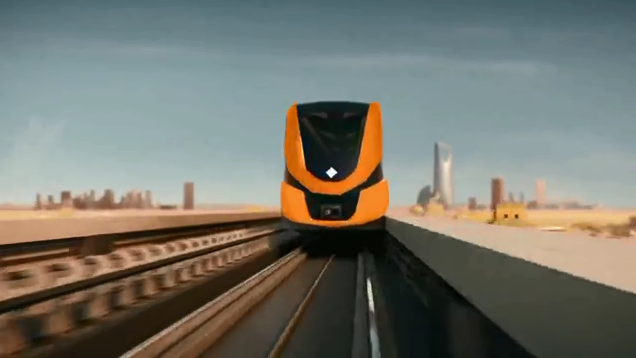 Lahore’s Orange Line Metro Train is progressing and is claimed to revolutionize transport culture in Pakistan. According to CM Shahbaz Sharif, the train is a great gift from the Chinese people for the people of Pakistan.

“The project is a milestone in the provision of latest transport facilities. The day is not far when people will travel by air-conditioned metro trains of international standard.”

“They will be proud of being Pakistani. These projects have been launched for people who have had to travel in extreme heat and cold in smoke-emitting buses,” said CM Shahbaz Sharif.

Covering the far-reaching areas of the city in its 27.1 KM track with 27 stations, air-conditioned Orange Line Metro Train can facilitate up to 2.5 lacs commuters on a daily basis with international standard traveling.

Watch the promotional video below:

The signal free corridor of Orange Line Metro Train will be designed in a way to accommodate two trains running on both ways and its completion is expected by the end of 2017 in 27 months duration approximately. Chinese Government has financially assisted Government of Punjab in this mega project of worth Rs.165.2 billion with a concessional loan, that’s why Chinese Railway (CR) and Norinco International have started monitoring the infrastructure of the project to meet the international quality standards.

CM Punjab Shahbaz Sharif has stated that Lahore Orange Line Metro Train is a milestone for the provision of world class transport services to the public at an affordable fare and due to its state of the art structure; it will be a masterpiece of architecture in the country.