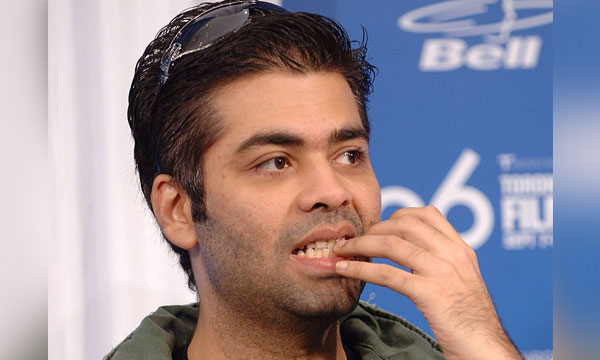 While Karan Johar finally broke silence on Pakistani celebrities ban in Bollywood, the director made it clear that he won’t be collaborating with artists from across the border anymore.

It is apparent that KJo is eager to save the upcoming movie Ae Dil Hai Mushkil from the clutches of political chaos.

With the rising threats by Maharashtra Navnirman Sena (MNS) against the film and the boycott of his project by 450 Indian cinemas, Johar was bound to declare his divorce from Pakistani celebrities.- even if it had to be from his chocolate boy Fawad Khan!

Watch what Karan Johar said about Pakistani celebrities in this video here.

Twitter was on fire after KJO released his video. Nobody seemed happy with the director’s views and bashed him badly on social media.

Read what the Indians said here!

Being liberal didnt help my movie now light,camera n action lemme try being patriotic to save my movie #KaranJohar #ADH

After 2 weeks silence, fear of film flopping made Karan Johar finally say he won't work with Pakistani actors anymore. Too little, too late!

#KaranJohar No one has asked anyone to prove his/her patriotism. Only thse who r t'selves not sure about their leaning think it so.

After #UriAttacks #KaranJohar had enough time to replace #FawadKhan. But he thought the cries are political. Failed to read pulse of ppl.

The guy who overwhelmingly supported Pak actors 2 weeks ago, has suddenly found place for India in his heart #MoneyComesFirst #KaranJohar

#KaranJohar must b having #KarvaChauth vrat in order to save his film's life & fawad's life as well. 😂#AHDM@Alllahdin

Seems like Karan Johar’s publicity stunt failed big time! Even after his video made it to the news, the backlash against Ae Dil Hai Mushkil did not subside.

Let’s see what the fate of ADHM holds for the movie as it is about to be released in a week on October 28, 2016.