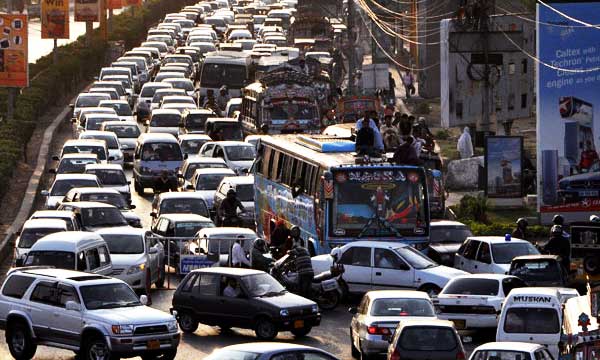 The arrival of Pakistan People’s Party (PPP) Co-Chairman Asif Ali Zardari to Karachi will yet again cause a hullabaloo in Pakistan as various roads will be blocked! The traffic police have announced alternative traffic routes for tomorrow.

It seems that Shahrah- e- Faisal will be completely barred. Citizens of Defence and Clifton traveling to the airport will have to use routes through Murtaza Chowrangi, Malir Halt, Model Colony and then towards the airport.

Traffic arraignment for president Asif Ali Zardari will be returning to Pakistan on December 23. pic.twitter.com/klEzZcM9zz

To set out for the airport, residents of Clifton and Defence are advised to use Hino Chowrangi and Korangi Industrial Area Road, from Murtaza Chowrangi via link road, from Malir City Thana to Malir Halt, Model Colony Road to Airport Road.

Commuters who want to go to the airport from Liaquatabad Gulshan Area are advised to use University Road, Safoora, from Malir Cantt to Check post-6 Model Colony Road to the airport.

According to the press release issued by the office of Deputy Inspector General of Traffic Police, the commuters have been forewarned to avoid going to the venue of the airport rally and use alternative routes in order to avert any problems.