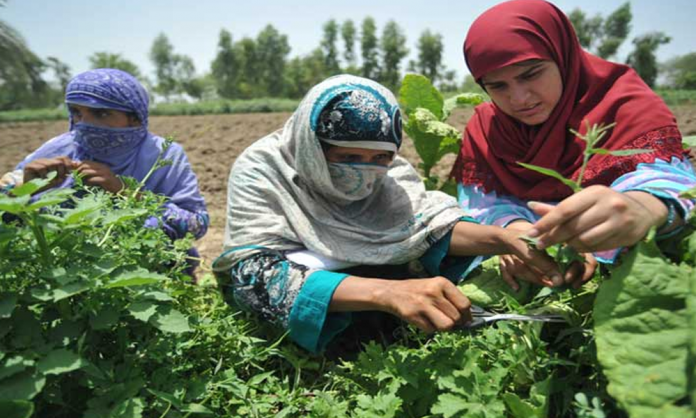 According to the Sindh Women Agriculture Workers Bill 2019, women in farming, fisheries, and livestock will not only receive payment in cash for their work, equal to that received by male workers but will also participate in decision-making.

This bill was proposed by provincial parliamentary affairs minister Mukesh Kumar Chawla, He added while speaking about the law: “Women would be empowered and payment for their work would not be less than the minimum wages fixed by the government for male workers.”

Before this law, there was little to no concept of wages/incentives or rights for women in the sector, even though the majority of the female workers work around the clock while full time maintaining their home and taking care of their children. However, the new law grants extensive rights to a portion of the population that has been marginalized until now.

“The working day of a woman in the agriculture sector shall not exceed eight working hours and shall not commence until one hour after daybreak or continue beyond one hour prior to sunset,” – As per the LAw

The women workers will be allowed to take off days when sick or post-natal and antenatal care, routine check-ups, without any financial or other penalties.

According to the bill, “The women in this sector shall perform work free from all forms of harassment or abuse as laid out in the relevant law prevailing in the province.”

In the agricultural sector, women are not just faced with professional discrimination but they are treated unjustly with long working hours and no incentives provided. This law passed by Sindh assembly will have a positive impact on the lives of women workers in the agricultural sector. What are your thoughts about this bill? Share your views in the comments below.