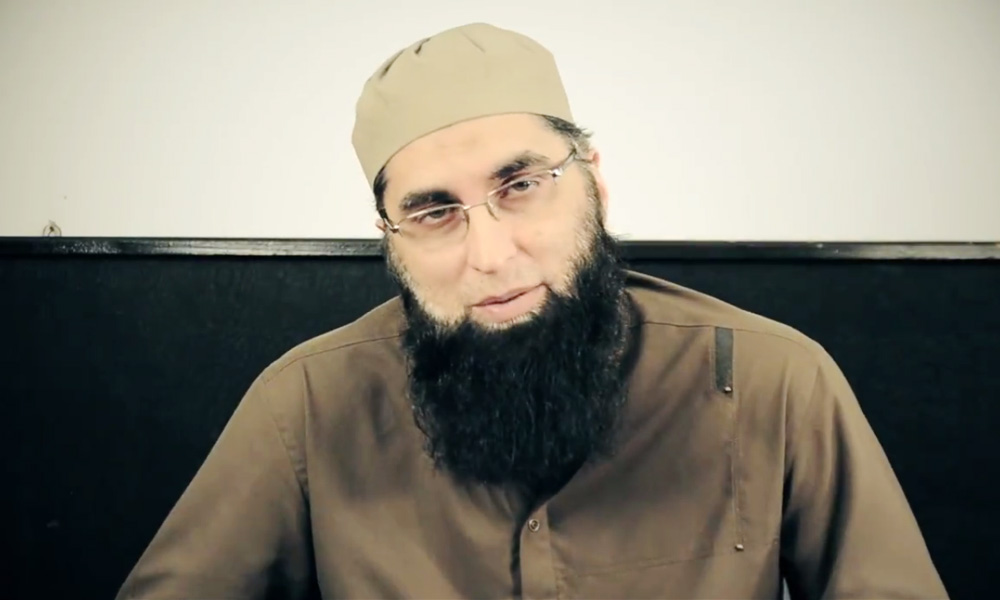 View the image below:

Some Twitter users took a jab at the singer turned maulana:

Come on bruh! It was a halal touch by Junaid Jamshed۔

Junaid Jamshed hates women but he loves them when he gets to hold their hands and party with them. — Sadia سعدیہ ☕️ (@CupOfChaai) August 11, 2015

#junaid jamshed. really beginning to have second thoughts about him, seems to be in a clash of his own personality.,in fact feel sorry 4 him

Junaid Jamshed: It’s ok for females to hold males’ hands, if that male is ME. Females holding hands of other males is not allowed. #LRT — Ahsan Masood Tanoli (@AhsanTanoli) August 10, 2015

Others took a much more serious approach:

Sorry Junaid Jamshed (@JunaidJamshedPK) but there are limits to hypocrisy. and you have crossed them all. — Arisha Malik (@arishamalik) August 11, 2015

And suddenly now Junaid Jamshed has no problem holding hands with a woman. But he complains about other women though.

Junaid Jamshed’s act of holding hands is no doubt wrng. But v cant criticize his Sunnah appearnce. Every act is separately countd near Allah

Dear Junaid Jamshed, are you holding Hadiqas hand to stop her from driving the car? Of course, that is truly halal. pic.twitter.com/YyB1LwjFws

You’ve LOST what you have GAINED. Junaid Jamshed

What do you think of Junaid Jamshed’s act? Let us know in the comments below!