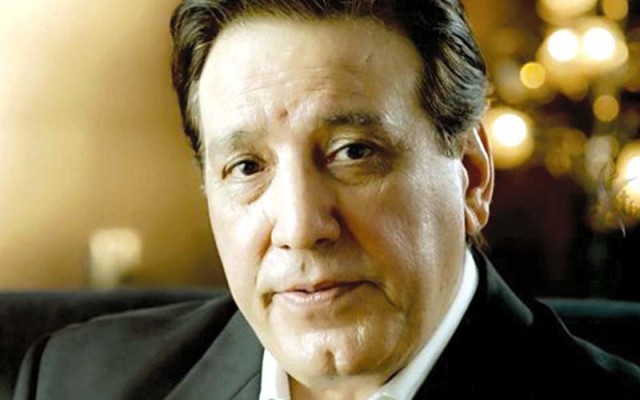 If there is anyone who has been a full-time familiar face on the silver screen during the development of Pakistan’s cinema industry, it has to be nation’s legendary icon Javed Sheikh.

Previously donning the director’s cap for Lollywood tales Ye Dil Aap ka Hua and Khule Aasman ke Neeche, the veteran celebrity is all set to take the captain’s seat yet again with a new project “Wujood”. What’s more, he will also be in the role of a producer as well as also star in the movie.

According to the Expess Tribune, the filming of the movie will kick start in March 2016 and is being penned by a leading female drama writer.  However, the mystery woman is being kept all hush-hush by Sheikh.

Labelled as a “violent love story” by the director , Wujood will not walk the path of a typical love story and will encompass a breath of fresh air for the viewers. While the film’s cast has not been finalized yet , the shooting venue is being claimed as breathtaking foreign location.  Sheikh is aiming to release the movie after September in the upcoming year.

A part of a string of revival movies like Main Hoon Shahid Afridi, Namaloom Afraad, Wrong Number, Karachi Se Lahore, Bin Roye and the much-recent Jawani Phir Nahi Ani, Javed Sheikh has maintained his place as a loyal legend of the new-age Lollywood. However,  he ensured his place across the border as well by being a part of Bollywood movies like Om Shanti Om and Namastey London.

Next, he will mark an appearance in the upcoming Indian movie Tamasha, starring Ranbeer Kapoor and Deepika Padukone.