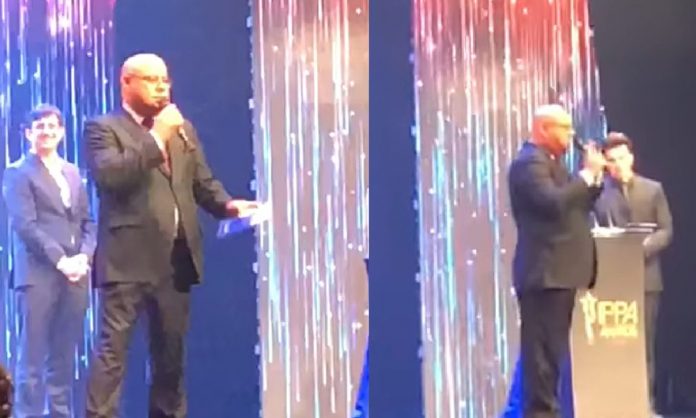 Earlier this week, the High Commissioner of Pakistan to UK Sahibzada Ahmed Khan showed up allegedly drunk at IPPA Awards 2018. His video from the ceremony has now created an uproar on social media.

The clip of his speech went viral on the internet, raising many questions and concerns. During the award show, which was attended by a large number of Pakistani celebrities, Sahibzada Ahmed Khan was called on stage to announce the winner of an award category.

After announcing the name of the winner, he delivered inappropriate statements on the stage which raised many eyebrows.

The awards show was held at London’s O2 Arena on September 9 and was attended by a number of Pakistani celebrities.

Now another video of the commissioner has made its way on social media, in which Sahibzada Ahmed Khan has been spotted smoking during a public event held in the London High Commission.

It is to be noted that smoking is banned in Britain and it is illegal to smoke in all enclosed workplaces.

As soon as the videos went viral on the internet, people just did not resist to bash the High Commissioner of Pakistan.

Have a look at what people have to say.

A verrrry High commission of Pakistan at the IPPA awards recently in London. What a disgrace! 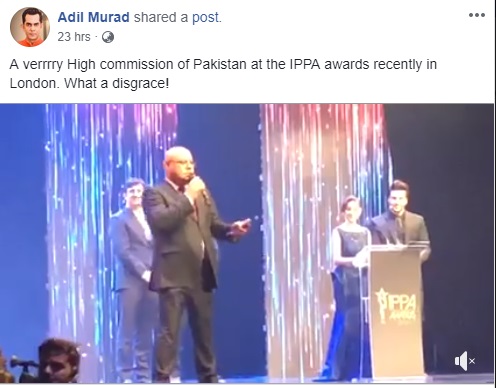 Another Pakistani filmmaker Shahzad Nawaz reacted to the video and wrote:

He has made a complete mockery of the Diplomatic Corps in general and Pakistani mission in specific. 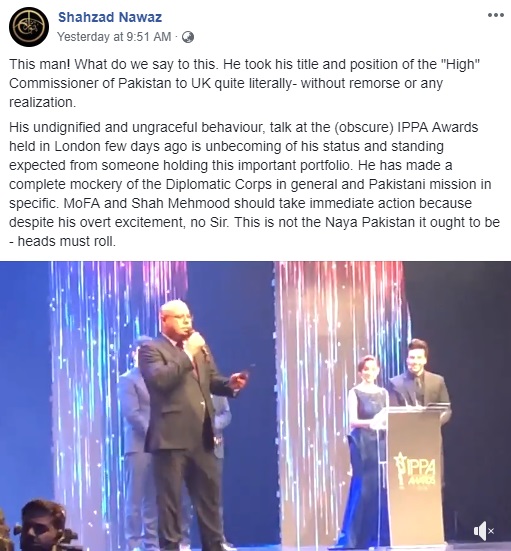 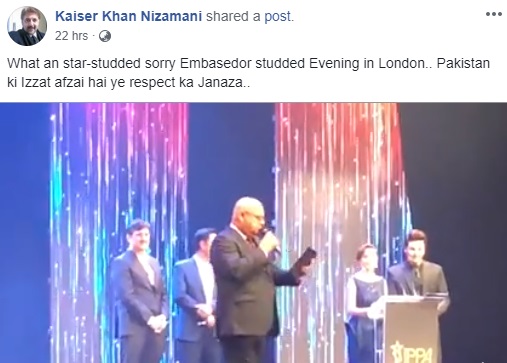 As soon as the Foreign Minister Shah Mehmood Qureshi saw his speech through electronic media, he took notice of the irresponsible behavior on the stage. He also directed the High Commissioner to return to the homeland and submit his explanation.

Foreign Minister @SMQureshiPTI has taken notice of the recent incident involving Pakistani High Commissioner in London, and has asked him to return to the foreign office and explain himself or provide an explanation for such an indecent behaviour.#pakistan pic.twitter.com/PX3IS7sYtj

What are your views on the story? Let us know in the comments section below.