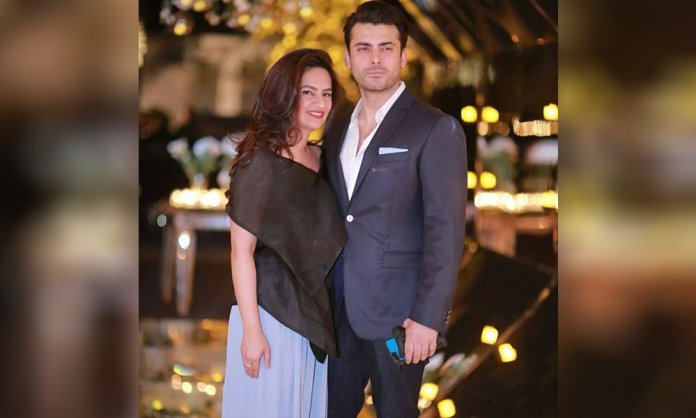 Sadaf Fawad Khan became the envy of every Pakistani woman, well we must say for some Indian women as well when her husband the superstar Fawad Khan threw a lavish surprise birthday bash for her.

Despite his busy routine, the heartthrob has been giving all of us some family goals every now and then.

The pictures of Sadaf Khan’s surprise birthday party surfaced on social media only prove that the actor is the kind of husband every girl wishes for.

Here are the pictures of Sadaf Khan’s birthday bash:

Can you see the size of the cake?

The way he kissed her made us say awww!

Mahira Khan with Goher Mumtaz and his wife Anam Goher

And then there are the friends of the celebrity couple

Fawad Khan with those who attended the Birthday Bash

Sadaf Fawad Khan with her friends

Yasmeen Hashmi, Amna Baber and Maheen Taseer were also spotted in the party

Fawad tied the knot with his childhood sweetheart Sadaf Fawad Khan in 2005. While Fawad went on to become the heartthrob of Pakistani entertainment industry, and yes of course in India as well, Sadaf kept her support for her hubby intact.

Has Fawad Khan given you family goals? Let us know in the comment section below.