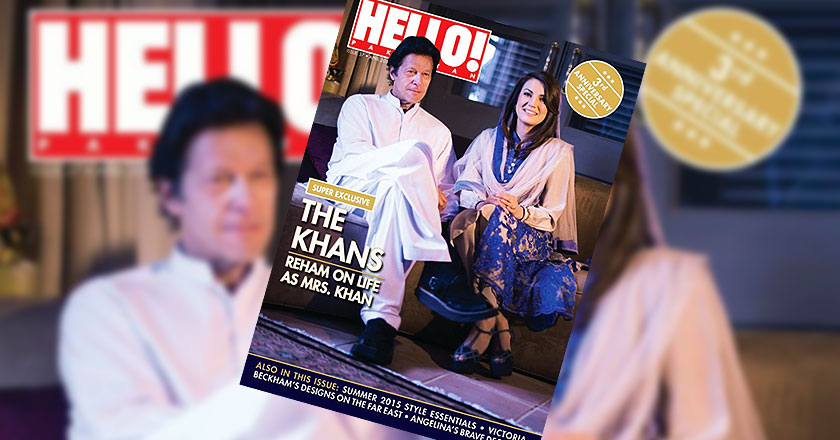 Guess who grabbed the spotlight on the latest cover of Hello! Pakistan magazine?

It is none other than the newlyweds and the hit couple of the season, “Mr. and Mrs. Imran Khan”.

Featuring on the cover page of the Hello! Pakistan’s 3rd Anniversary Issue, the Khan’s look spectacular together.

The magazine’s issue includes a full interview with Reham in which she has talked about her life as the wife of a legendary cricketer and infamous political leader, Imran Khan.

Moreover, Hello! Pakistan also conducted an exclusive photo shoot of the couple at their Bani Gala Home in Islamabad.

Mr and Mrs Imran Khan on the cover of #HelloPakistan 3rd anniversary edition and they look ultimately gorgeous! pic.twitter.com/4rxVvBIZ99

The magazine hit the stands on April 15th is and is now in all the rage due to the exclusive coverage.