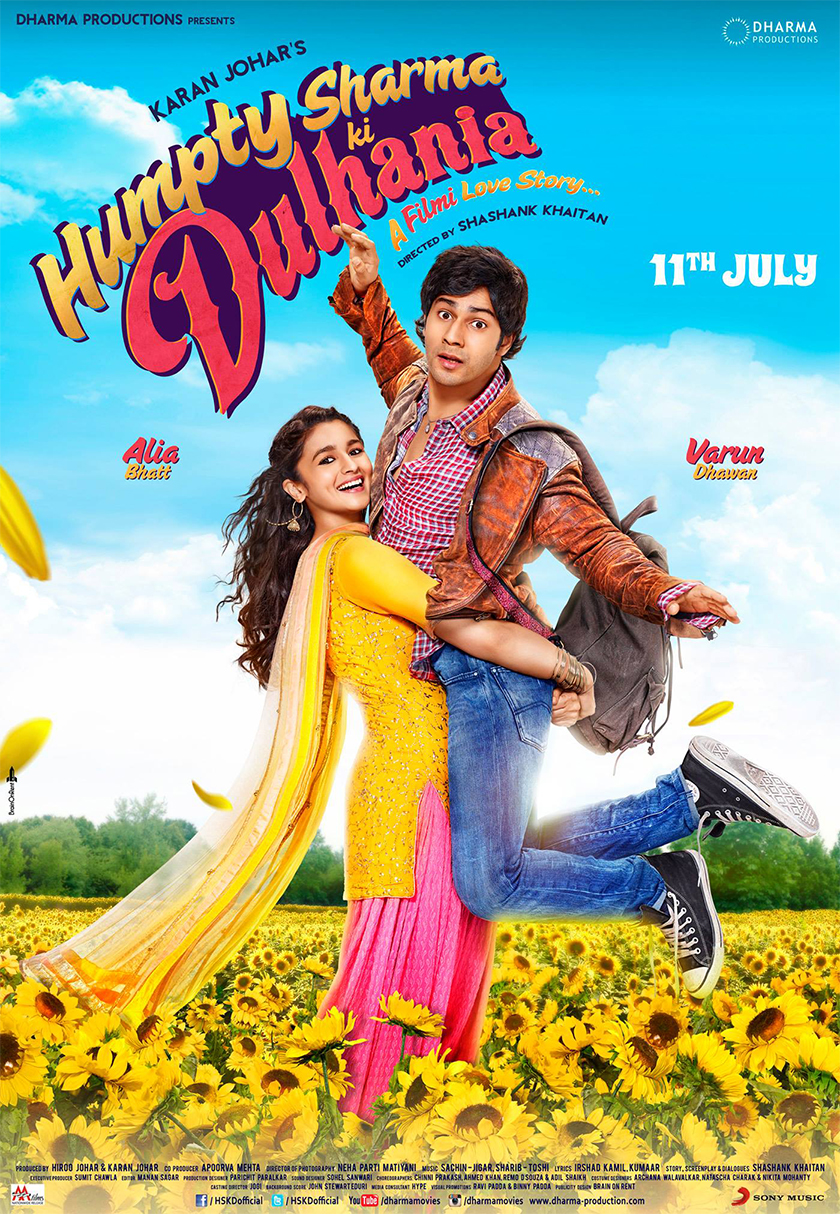 The hottest and cutest couple of Bollywood is back with another romantic-comedy film , “Humty Sharma Ki Dulhaniya”

Produced by Karan Johar, under the banner of Dharma Productions, the film features Varun Dhawan as Rakesh Sharma (Humty) and Alia Bhatt as Kavya Pratab in the lead roles.

The romantic comedy is all set to hit the theaters in Pakistan and worldwide on 11th July 2014.

The storyline revolves around a bride-to-be (Kavya) from Ambala who travels all the way to Dehli to shop for her wedding. The twist begins when Humty and Kavya fall in love but are bound by their families to stop Kavya’s wedding.

Kavya leaves for Ambala after a month as planned and decides to forget Humty because of her strict yet loving father. Meanwhile Humty, accompanied by his two friends, decides to follow Kavya.

To find out if Humty gets Kavya and  they live happily ever after or whether his love story remains unfulfilled, watch “Humty Sharma Ki Dulhaniya” at your nearest theaters.

But for now you can watch the exciting trailer here