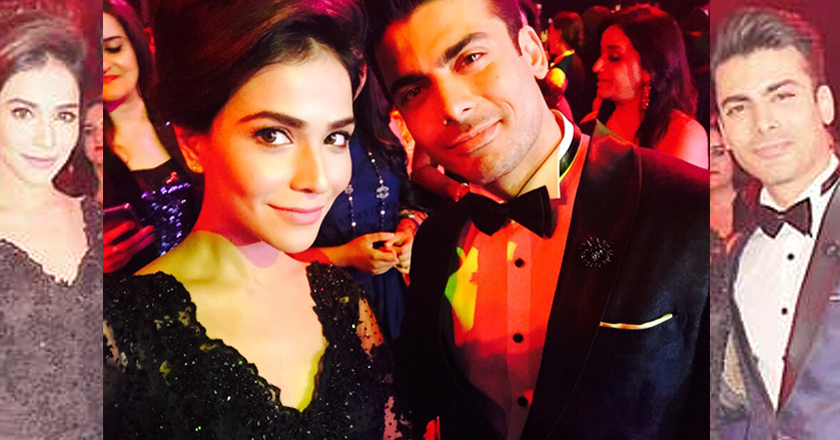 The trending faces of B-town, Humaima Malik and Fawad Khan took over Masala Awards 2014 with best performance awards for their movies, Raja Natwarlal and Khoobsurat respectively.

Humaima was awarded as Best Break through performer of Pakistani Cinema at Masala Awards 2014 Dubai.

Wearing a ravishing black dress by Elan, the actress also rocked the night with her amazing performance in front of a cheering crowd that included some big names from Bollywood industry and Dubai’s high profile personalities. Looking royally dapper in his black coat, Fawad Khan won the award for Best Debut Bollywood Actor 2014. With his intense acting skills and classic good looks, the 33 year old actor is the current heartthrob across the border Masala Awards is one of the most prestigious awards of the media industry, the purpose of which is to applaud the contributions of Asian media to make UAE a land of glamor and luxury.

The awards reinstated the popularity of Pakistani artists in India and UAE.