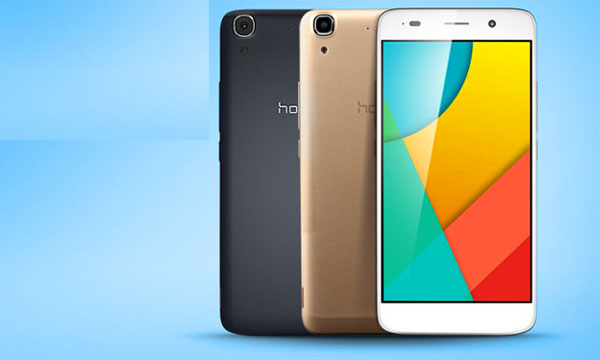 The dual-sim phone features a multi-touch display and runs the new Android Lollipop 5.1 operating system. The phone is powered by a Qualcomm MSM8909 Snapdragon 210 chipset and a Quad-core 1.1 GHz Cortex-A7 processor and includes a 2GB RAM, 8GB internal memory with a microSD storage 128GB.

The phone houses an 8-megapixel main camera and a 2-megapixel front-facing camera and is powered by a 2200mAh battery. The phone is expected to be released in two variants – a 3G variant and a 4G LTE version. The 3G variant would be available for 599 Chinese Yen (that is roughly equal to PKR 10,000) while the 4G LTE version would be available for 699 Chinese Yen (roughly PKR 11,500).

The Honor 4A and Honor 4C would be are expected to rival each other, with Honor 4A being a lower-end variant of the 4C. The phone comes in three colors – White, Gold, and Black.