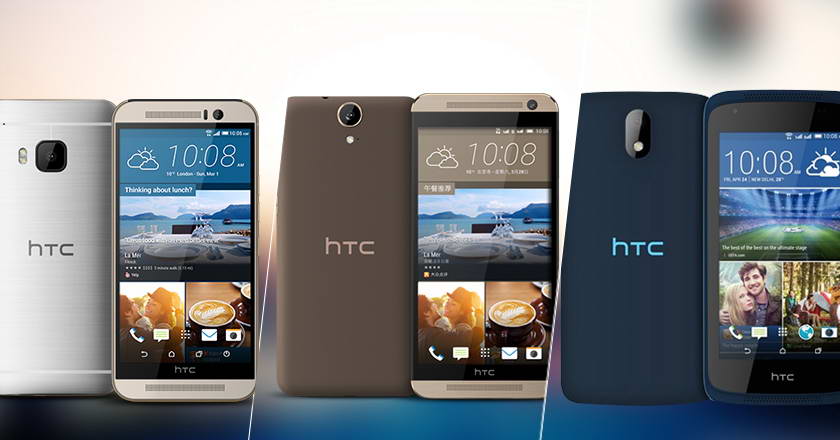 Has the Samsung Galaxy S6 finally met its match in India? HTC would certainly think that!

At the launch event on Tuesday for the HTC One M9+ in Delhi, India, an event which later turned out to be the release event for HTC’s higher-end flagship devices, HTC announced the release of three phones – HTC One M9+, the HTC One E9+ and the HTC Desire 326G.

The M9+ comes with a new Duo Camera, featuring a 20-megapixel, f/2.2 main sensor with sapphire lens cover, and a fingerprint reader at the front, all powered by an octa-core MediaTekHelio X10 processor.

The phone also features 4G LTE connectivity along with Wi-fi ac, Bluetooth 4.1, an infrared port, DLNA, and NFC and is powered by a 2,750 mAh capacity non-removable battery.

A slightly cheaper version of the M9+, however without a price tag at the moment, the HTC One E9+ is a larger variant of the M9+, coming in a massive 5.5-inch QHD screen, 3GB of RAM, 2,800mAh capacity non-removable battery, and the same 64-bit MediaTekHelio X10 processor, which clocks in at a lower 2.0GHz instead of the 2.2GHz of the M9+.

The E9+ runs on the Android Lollipop 5.0 OS and comes in with a plastic build in order to make it a more cost-effective smartphone, with the metal frame around the side giving the phone a premier look and a supreme feel in hand.

It comes without the Duo Camera as found on the One M9+, and comes with a single 20MP camera.

The latest smartphone to be released under the Desire series, the HTC Desire 326G is a Dual-SIM phone, and features a 4.5-inch display with an FWVGA (480×854 pixels) resolution, and is powered by a quad-core Speadtrum SC7731G processor clocked at 1.2GHz, with 1GB RAM, an 8-megapixel main camera and a 2-megapixel front-facing camera, both of which possess a BSI sensor.

The 2,000mAh battery is considerably smaller than the M9+ and the E9+ while the phone comes in with an internal storage of 8GB which can be expanded up to 32GB using a microSD card.

What do you think of the HTC One M9+ and One E9+? Let us know in the comments below.