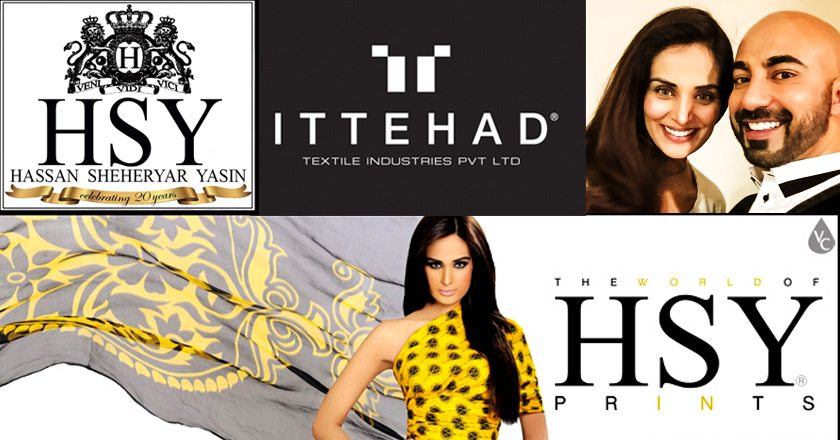 ‘Ittehad Textiles’ is all set to launch an  exclusive range of Spring/Summer 2015 Collection in collaboration with acclaimed couturier ‘HSY’.

Renowned Textile Brand ‘Ittehad Textiles’ announces an  exclusive range of Spring/Summer 2015 Collection in collaboration with popular designer HSY. With model L’Oréal Paris Spokesperson Mehreen Syed as the face of the campaign, the collection will be launched at the end of February 2015 across all major cities in Pakistan.

HSY draws inspiration for the upcoming collection from diverse cross-cultural influences with an underlying theme based on the opulence of luxurious living.The collection plays with vibrant and elegant asthetics, giving the line a timeless feel.

With almost four decades of distinction in the textile sector, Ittehad Group of Industries has come a long way. Launched in 1973, the early days saw Ittehad Textiles equipped with roller printing technology. Due to a strong emphasis on quality control, the printed cloth produced under the banner of Ittehad was met with unprecedented success and left a great impact on the market. Within a span of ten years, the company was able to employ the more sophisticated technology of rotary printing.