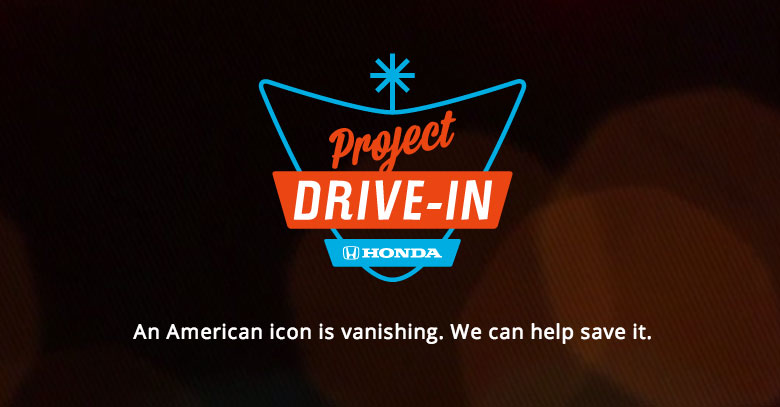 Honda plans to raise community awareness regarding extinction of Drive Ins, where people used to come and watch movies on big screen while sitting in their cars, by initiating a projectdrivein.com which will gather crowd to try and save which was once the touchstone of Silver Screen History.

The overwhelming existence of digitized media has left Drive Ins obsolete and hence comes Honda’s campaign titled ‘An American Icon is vanishing. We can help save it’.

The technology required to coup up with the ever evolving digital media is not only expensive but also in some cases improbable for a facility like Drive Ins. But since, automobiles have a long relation with Drive In, as the name suggests, it is not entirely uncanny for an automobile Tycoon Honda to come up with a campaign founded upon the resurgence of Drive Ins.

Honda will also donate digital projectors, which is estimated to cost $75,000 per screen, as a part of their crowdsourcing campaign.

Once representing around a quarter of the entire American movie Screens, Drive Ins currently represents less than 1.5% of the same.

Therefore, Project Drive in encourages people to share the awareness by using hash tags, by donating to help Honda contribute with more projectors and also by getting public pledges to visit a Drive In at least once