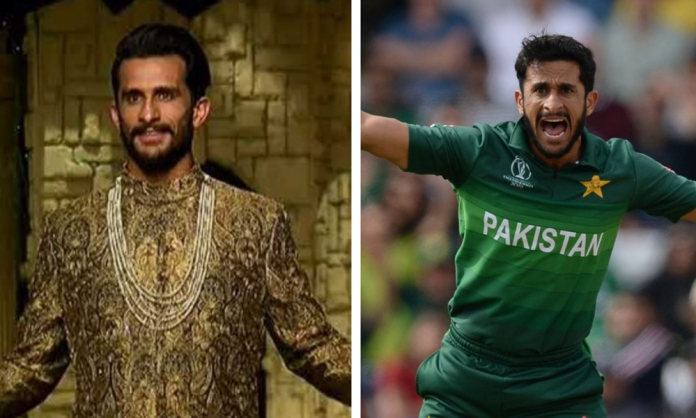 Hassan Ali was dropped from a recent Sri Lanka test series squad due to severe rib injury. The fans were furious after the injured Hassan walk the ramp at the bridal fashion show, Bridal Couture Week.

The fast bowler was dropped from the latest test series squad because of the rib injury and he was unable to play. But the audience lost their cool when they saw Hassan walking the ramp for a famous designer.

Hassan recently got married and brought his wife to Pakistan for the time. He hasn’t really played in a while. Ali last played for Pakistan against India at the ICC Cricket World Cup 2019 and has been out of action due to a back injury.

Right after completing the rehabilitation process at the National Cricket Academy, the cricketer was later diagnosed with multiple hairline rib fractures. He is currently on rest for 6 weeks, however, the recent ramp video has angered his fans which caused a social media frenzy.

Fans took to twitter and vent about their disappointment

Fractured ribs and out of cricket, but Hassan Ali's fit for some modelling pic.twitter.com/qTx0BXyed2

Some claimed that’s his cardio!

Some still prayed for his recovery

And this guy wants him to join Bollywood!

Such a shame! He should better join bollywood!
A player with zero class #HassanAli https://t.co/XzvnUuoOb4

We only think that the fans are just upset because they will not see him play in the upcoming Sri Lanka series, however, he has been retained by Peshawar Zalmi in the Platinum category, meaning that we might have to wait for the PSL 5 to see him back in action. Do you think this bashing is justified? Tell us in the comments below.