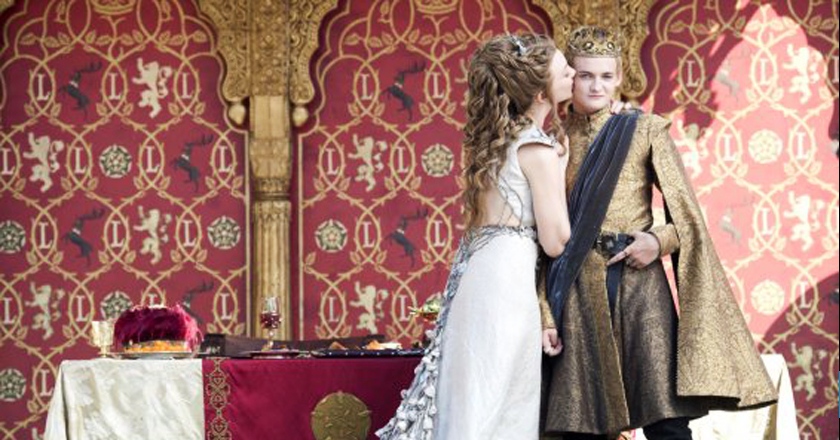 So the King didn’t live long and died a miserable death on Sunday.

The world became a happy place not just for 6.3 million viewers who tuned in for King Joffrey’s Purple Wedding but for the show’s characters too.

Mashable compiled some fitting reactions by the cast of Games of Throne on their King’s death.

Jon Snow: What? Yeah! I finally know Something before everyone else on the show.

Sansa Stark: He killed my father, slapped me,  ditched me for another.. May He DIE All Over Again!

Cersei Lannister: The only person on the entire planet who shed tears of sadness.

Margaery Tyrell: wasted the whole season 3 in preparation for the ‘Purple Wedding’

Daenerys Targaryen: Yay! one less person to kill with my obnoxious dragon Kids.

Jamie Lannister: My son died? Thank God won’t have to protect another king.

Tyrion Lannister: Wish I could have poisoned him before he spilt the entire wine over my head.

Arya Stark: Darn it! Missed the chance to use my needle.