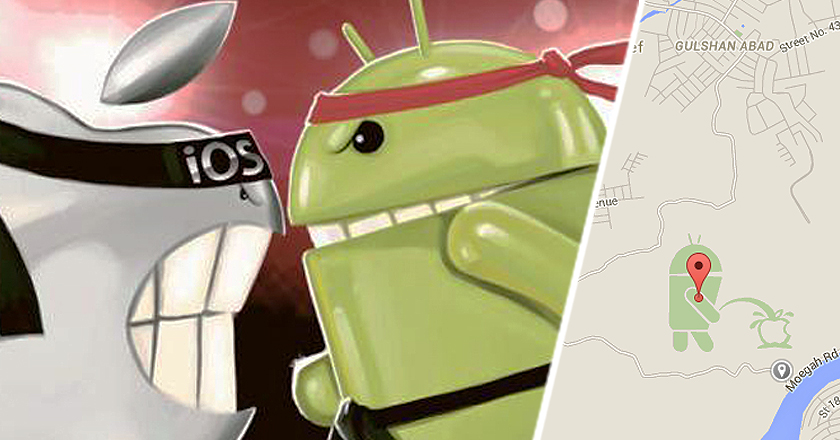 Apple & Google have been at each other’s throats ever since smartphones were invented. Both tech giants have been known to throw shade at each other. Tim Cook once referred to Google’s Android as “toxic hellstew of vulnerabilities”.

The competition got dirtier when a large droid (Android mascot) showed up on Google Maps. The droid appears to be peeing on the official Apple logo.

Hilarious as this may be, we still don’t know whether it’s actually Google doing this or someone hacked their system or maybe it’s just someone’s idea of a joke.