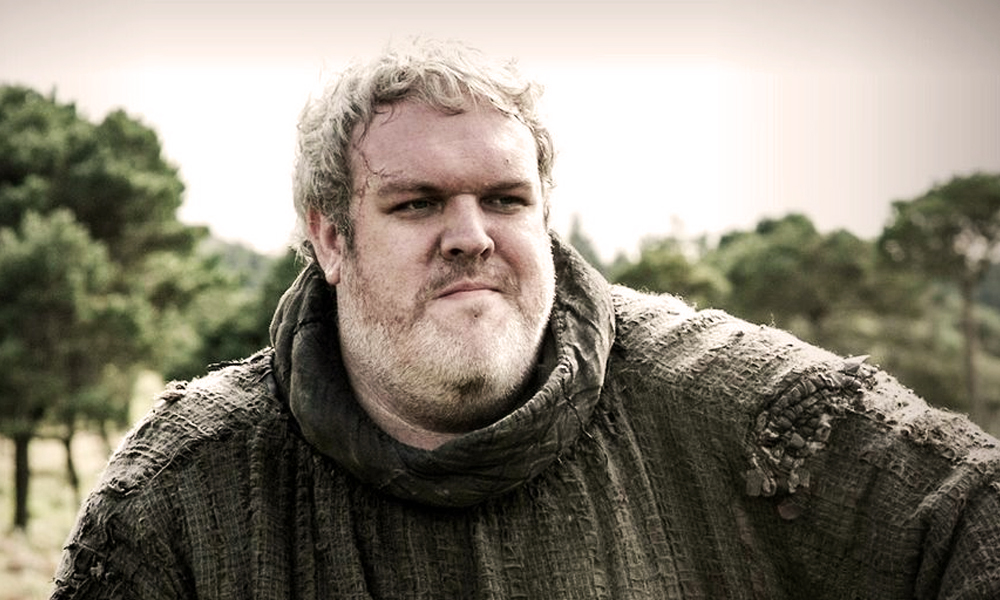 It seems like GOT fans all over the world are crying their eyes out after the heart-breaking death of Hodor in the Sunday night’s episode.

When one thinks about death on GOT, you don’t expect to feel sad, fuzzy or warm but here we are; it was definitely shocking to see the innocent and lovable Hodor’s violent death while protecting Bran from the White Walkers. Kristian Nairn, who played Hodor’s character in the show was a big sweet softie on Twitter;

See what he had to say to his fans:

Hodor. Thank you guys,for the love,+ know that I love you back.I never dreamt of all this.Huge props to @SamColemanActor for an amazing job

Kristian Nairn also talked about the fate of Hodor after the show, saying, “It feels very true to Hodor for me.”

Thank you for ALL the lovely messages today guys. I'm literally overwhelmed. I love you all for real X

While Meera and Bran were attempting to escape from the wrath of the evil White Walkers, the lovable Hodor had to “hold the door” shut to keep the wicked monsters inside the tree.

But the wights break through the door and slash everyone’s favorite character right through it! His death becomes the ultimate sacrifice of a life-long protector!

Watch the whole scene here.  Make sure you have a box of tissues ready!

Now Twitter town is in mourning while everybody laments the shattering demise of the kind soul!

Check out some of the best reactions here.

Finally managed to see #GameofThrones episode 5 and was very sad to see yet another of the good characters being killed 🙁 no more killing!

He held the door but I couldn’t hold back these tears. #GameofThrones pic.twitter.com/y5M9AvFjQC

We need a big group hug after that #GameofThrones pic.twitter.com/zUjQsP8Uh6

My response to anyone who holds the door for me this week #GameofThrones pic.twitter.com/BxYdJQH9Cl

RIP to the gentleman for holding the door and saving lives #GameofThrones pic.twitter.com/SUUr9BccLP

in all honesty, #HoldTheDoor tore me apart more than #TheRedWedding did

When someone asks you to hold the door…. #GameOfThrones pic.twitter.com/1fatMi4Bah

Stuck on the lift this morning. clearly a #gameofthrones fan with a great sense of #humor#GoT#hodor#HoldTheDoorpic.twitter.com/WBoXolJHEs Hodor may be gone, however his memory will live on forever with well-placed stickers. Fans in the US are placing stickers in the elevator on the HOLD DOOR button.