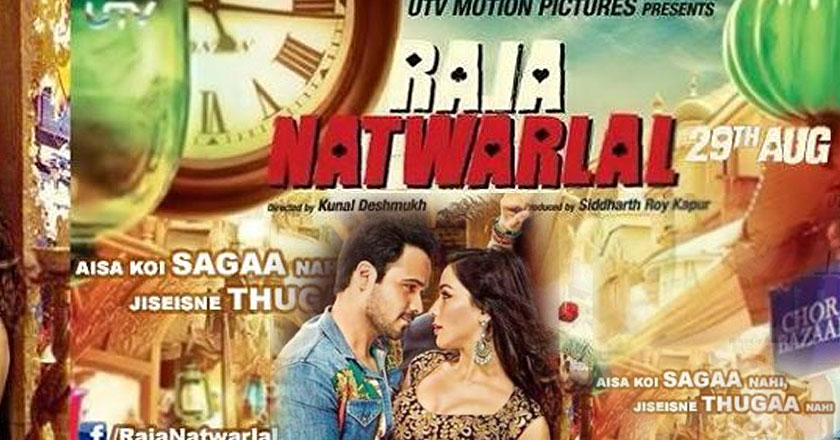 So, it’s declared – Pakistani artists flying off to Bollywood is the offical ‘trend’ this season.

The trend that started with Meera was followed by Ali Zafar and Sarra Lorren; Currently, the heartthrob of millions, Fawad Khan has taken his first step into Bollywood with ‘Khoobsurat’.

Following another hunk, Imran Abbas , it’s none other than Pakistan’s own scorching hot diva – Humaima Malick who is all set to make her Bollywood debut with ‘Raja Natwarlal’ opposite B-town’s expert conman ‘Emraan Hashmi.

Emraan plays a small-time con artist in the film who grows to become a force to be reckoned with in the underworld.

According to the movie’s director, Kunal Deshmukh, “It’s a quintessential Emraan Hashmi film and you would enjoy it tremendously if you are an Emraan Hashmi fan.”

Apart from the lead cast, the movie has Paresh Rawal, Deepak Tijori and Kay Kay Menon in supporting roles.

Earlier titled Shaatir, the name of the movie was changed to Raja Natwarlal to highlight its inspiration from 1979’s Amitabh Bachchan film Mr. Natwarlal. The film is lined up to release on August 29th 2014.

It’s time to wait and watch how Humaima’s career will turn out in the magical world of Bollywood.