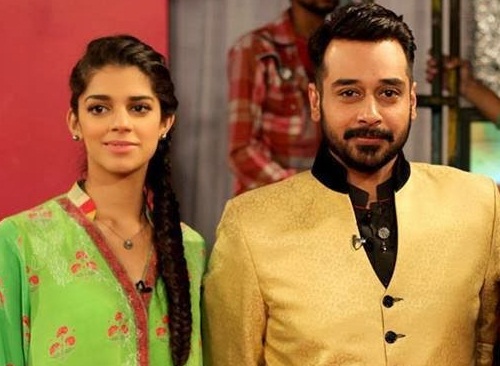 Seems like Pakistani celebrities are finally waking up. Many are now  breaking their silence against Indian ban on Pakistani superstars and the surgical strike across the LoC on Azad Kashmir. Faysal Quraishi and Sanam Saeed are the latest stars from the nation to share their views on the burning matter in an exclusive interview to Brandsynario.

The actor Faysal Quraishi  stated that Pakistani artists are so worthy that they are called to work across the border. However, they are not dying for projects in India. He said it was disheartening to read the bitter round of tweets from the entertainment fraternity of the neighboring nation.

Watch all what Faysal Quraishi said to Brandsynario in this exclusive video!

Meanwhile Sanam Saeed urged for peace between both the lands and was of the opinion that India and Pakistan should stop fighting. “Art is above politics, if we allow politics to get in the way we do nothing but stunt our growth. Let the artists stick to their work and politicians stick to theirs. As a friend very aptly put it.. India and Pakistan are like two bratty children fighting for the sake of fighting after being instigated by their mean step parents.. The west. Let’s not”, she said

Earlier in a tweet, Faysal Quraishi showed his support for Pakistan army and called the rivals as “cowards”

Amidst rising controversies, Shaan Shahid took to Facebook and deemed it shameful that superstars of the nation showed no support to Pakistan army. The timeless hero bluntly stated that all pro-Indian actors do not want to threaten their relationship with directors across the border!

Other than Shan, Hamza Ali Abbasi is amongst the first to speak his heart out on social media.

Meanwhile, Shahid Afridi is encouraging India and Pakistan to make peace and not war!

However, Indian celebrities are on a roll with their anti-Pakistan sentiments. You will be shocked to read their reactions on Twitter!