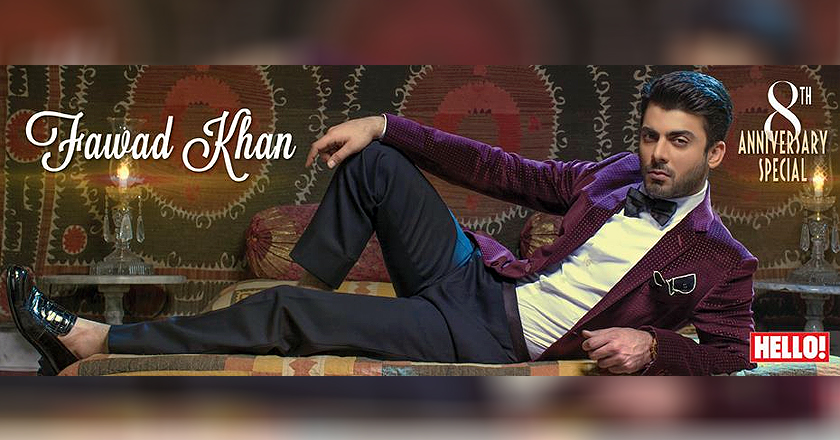 Our very own Khoobsurat star Fawad Afzal Khan is on the cover of HELLO Magazine India!

It’s the glam mag’s 8th anniversary and who better than the ‘Prince’ himself to grace the cover? His intense demeanor, dreamy eyes and those oh-so-perfect looks make us all – Pakistanis & Indians alike – go weak in the knees!

Mr. Khan aka forever heartthrob represents the greens better than our cricket team!

Hailed as the next big thing from all quarters of the industry and renowned not just for those killer looks, the Humsafar hero is also famous for his acting skills.

He was previously on the cover of Filmfare Magazine for his movie ‘Khoobsurat’ alongside Sonam Kapoor.