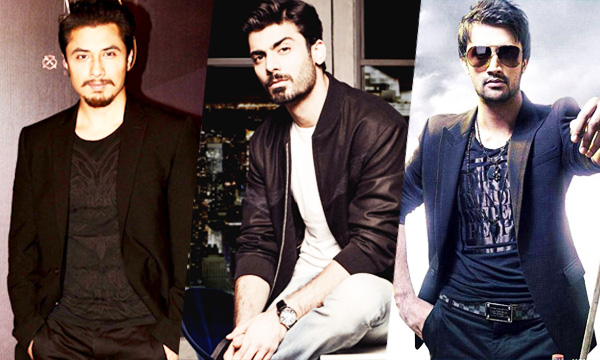 Pakistani actors Ali Zafar and Fawad Khan have made it into the top ten list of ‘Sexiest Asian Men’ of 2015, according to Eastern Eye, a UK-based newspaper.

Fawad Khan and Ali Zafar are two men who have enchanted the opposite sex considerably, owing to their handsome good looks and suave personality. Both men are also immensely successful in the world of showbiz and have amassed quite the fan following. According to a UK-based magazine titled

According to a UK-based magazine titled Eastern Eye, the two actors have made it into the list of top 10 Sexiest Asian Men.

If one was to go by the list, then it seems that Fawad Khan and Ali Zafar have beaten Shahid Kapoor, Shah Rukh Khan and Salman Khan. Atif Aslam was not part of the top ten sexiest Asian men list but he did manage to clinch the no.39 spot.

Ali Zafar came in third on the list, whereas Zayn Malik was the sexiest Asian man, followed in at number second by Hrithik Roshan.

Fawad Khan came in at number 7 last year and has bumped upward to number 6 whereas Ali Zafar had clinched the top spot in 2013 and was also placed on number three in 2014. It seems like Pakistani men are making their mark in South Asia, apart from their acting and singing talents!