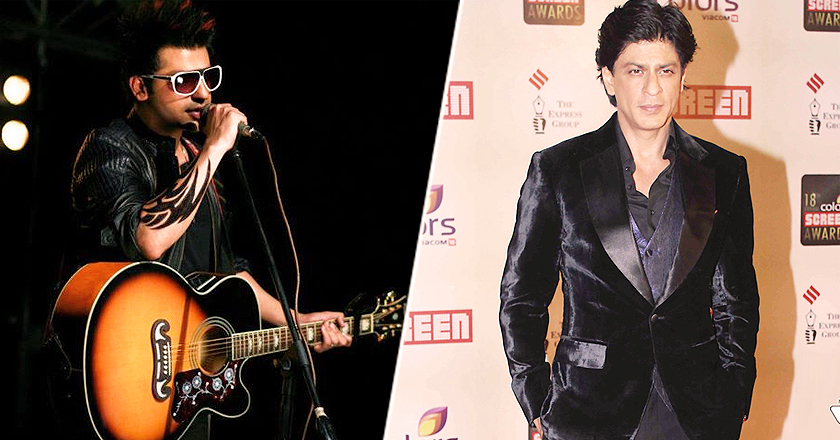 Not everyone gets special invites to a private party at the house of Bollywood Badshah, Shahrukh Khan.

But apparently, there was no stopping for the lucky ex-singer of Jal band, Farhan Saeed.

In a video leaked over the internet, the fortunate Farhan can be seen crooning to the lyrics of the evergreen qawwali “Yeh Halka Halka Suroor Hai” alongside King Khan in a musical party at his home.

The bemused Khan, who seems entranced by the deep Nusrat Fateh Ali Khan track, can be seen singing along, dancing and hugging Farhan during the performance.

Like Strings, Atif Aslam and Ali Zafar, Farhan Saeed did not shy away from seizing the golden ticket to sing for Bollywood and made a debut with his song “Meethi Yaadien”.

While he failed to be fabulous with his first attempt in India, he nevertheless made it to the Khan house to sing at an exclusive social gathering.

Will this re-open new doors across the border for Farhan Saeed?