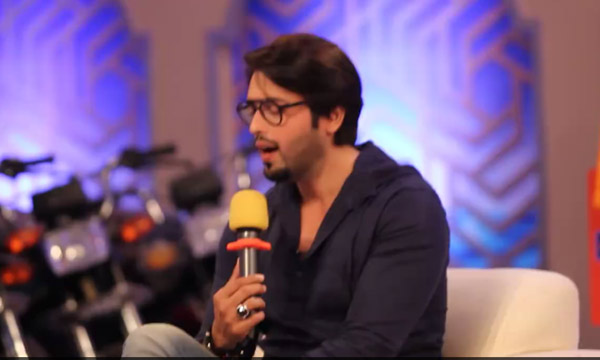 Fahad Mustafa, Pakistan’s currently most sought after actor, has turned down Bollywood movie offers for “better” offers here in Pakistan.

While talking to a fan on Twitter, the Na Maloom Afraad actor, revealed that he was offered a Bollywood movie but chose to remain in Pakistan.

I was offered a movie but i made a choice had better offers here 🙂 pic.twitter.com/N8bamId6sZ

While other renowned Pakistani artists like Fawad Khan and Mahira Khan have chosen to work across the border, Fahad Mustafa is deciding to stay put.

Before he revealed his Bollywood offer news, he told his fans that they would be seeing him in two more movies in the coming year apart from the highly anticipated Mah-e-Meer.

News Flash: after the release of #MaaheMeer .U guys will be watching me in two more movies coming year !both very different from each other.