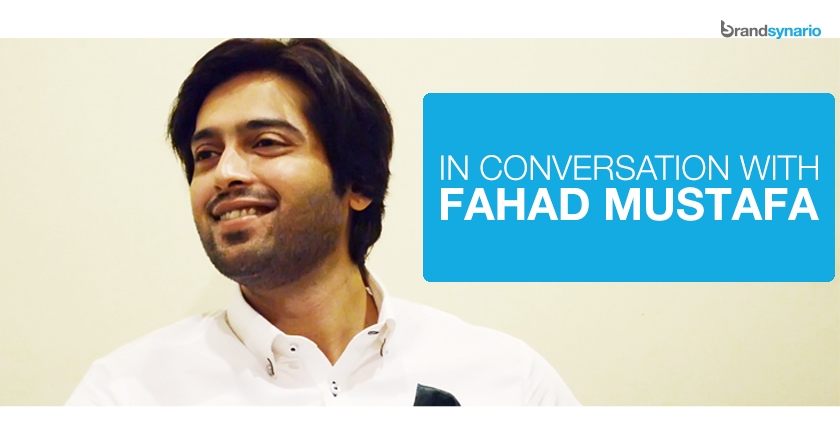 ‘Stars are not always born, sometimes, they are made with passion, perseverance and hard work’.

The 31 year old gem of the Pakistani media industry is currently one of the most trending personalities who has accomplished the unthinkable feat of beating Dr. Amir Liaquat’s long ruling reign as  ‘the Most Popular TV Personality’.

Starting his career in 2002, Fahad –  the son of Sindhi character actor Salahuddin Tunio took over the television industrythrough his realistic acting skills in drama serials, his successful production projects under the banner of his production company Bang Bang and most importantly his open and candid personality in Jeeto Pakistan.

Brandsynario got an exclusive opportunity to have an up close conversation with Fahad who is currently busy promoting his two upcoming movies – Mah-e-Meer and Na Maloom Afraad.

Let’s hear it from the man himself.

Q1: What are the Names of His Two Upcoming Movies?

Q2: What Would He Be if Not an Actor?

Q3: Has He Ever Been on Aamir Liaquat Hussain’s Show?

People Who Answer All Three Questions Correctly in the Comments will be Given Free McDonald’s Meal Voucher!