Home Pakistan How #EnsureASmile Is Shaping the Future of Pakistan
Advertisement 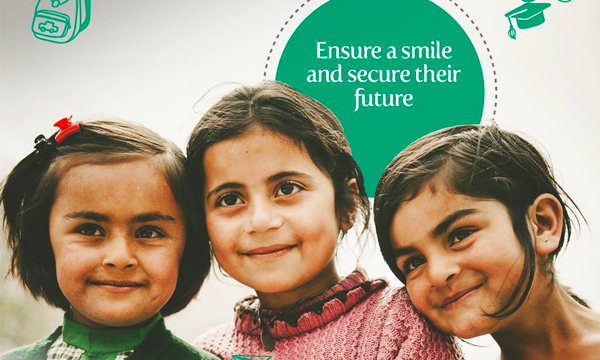 The state of education across Pakistan is in a dismal state. There are millions of children in the country whose hands are occupied by shovels and garbage bags instead of pencils and textbooks. In other words, these children have never even seen the face of a school, let alone having the privilege of attending one. Needless to say, major improvements need to be made in order to turn things around.

Along these lines, one initiative that has emerged in recent weeks is the #EnsureASmile campaign by Adamjee Life. For starters, while it may not be the salvation of Pakistan’s state of education that we’ve all been awaiting, the initiative is definitely a step in the right direction.

What #EnsureASmile Is All About

The #EnsureASmile campaign is a digital initiative where Adamjee Life is donating Rs. 10 to The Citizen’s Foundation each time the Ensure A Smile hashtag is retweeted or shared on Twitter and Facebook.

Numerous people on social media along with influential celebrities such as Zhalay Sarhadi and Faysal Quraishi have been participating in the campaign through the Smile Challenge, an activity where they basically upload a short video clip of themselves talking about the campaign and encourage others to join.

Apart from that, an interactive post has also been launched along with the campaign where the participants are required to upload or take their picture. Per each entry on this post, Rs. 10 are being donated to TCF similarly to every post promoting the campaign.

Most important of all, the proceeds from this campaign will be used for funding the education of children across the country.

Things We All Can Learn from the Campaign

#EnsureASmile has proved how easy it is for the power of social media to change lives for the better. Millions of people spend countless hours on Facebook and Twitter every day. Retweeting or posting about a simple hashtag merely takes five seconds. And when a hashtag carries so much meaning with it, the more it spreads on social platforms, the better.

Participating in such a campaign not only gives one fulfillment that they have actually done good other than wasting precious time on social media, but also proves how one positive initiative by an influential brand can actually play a strong part in reinforcing the areas of our country that require more support.

How This Will Affect the Future of Our Country

The total amount of funds that #EnsureASmile will raise is yet to be revealed, as the campaign is still going strong. But one thing is for certain that the amount will be more than enough to secure proper education for numerous children across the country.

Simply put, the initiative is expected to further the cause for a better and brighter future for Pakistan, because when it comes to education, our country definitely needs all the help it can get.