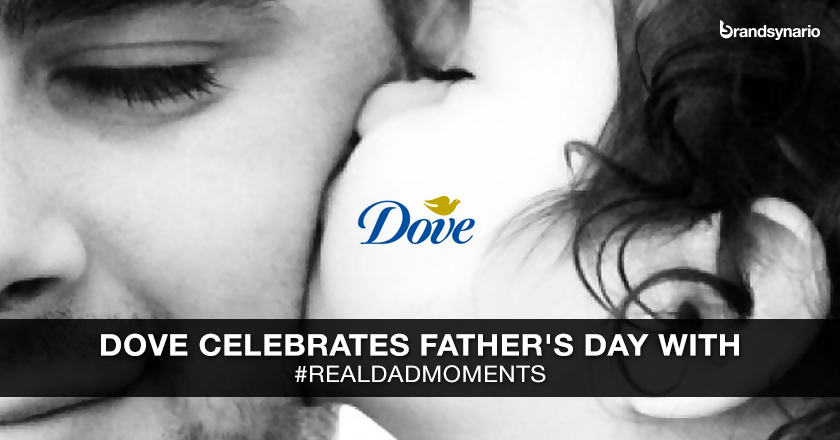 Dove Men+Care have come up with an idea never been tapped before, not this beautifully at least.  Father’s day is just round the corner and Dove has taken full advantage of it!

Dove Men+care’s new campaign concede the thoughtful jiffies of fatherhood that are overlooked and never discussed. This new campaign has revolutionized a father’s image, giving them full credit for changing diapers at 2 in the morning, making dinner and cheering heartbroken kids

Previously Dove came up with another lovely and emotional campaign “Real Beauty Sketches” which was channelized through Youtube and gained amazing response. Quite similarly Dove launched another video, labeled “calls for dad” a 30 sec ad, which shows 28 fathers in quick-cut edits, helping their kids, making them smile and soothing their sores.

Although deep down, Dove’s not being all touchy-feely, eager to portray prominence of fatherliness— the concept is based on some hard work. Dove appointed Edelman Berland to meet 1000 fathers of ages 25-54 and based on those responses Dove came up with such emotional campaign.

Whereas they also learned men spend more time on YouTube than women ergo comes out another video! The campaign doesn’t end here,  Dove Men + Care is encouraging families to take to social media with the hashtag #RealDadMoments and join the celebration of dads this week.

Although mainly a branding effort, Dove expects the campaign would inspire spouses to buy Men+Care and make men feel they are acknowledged as real darlings.