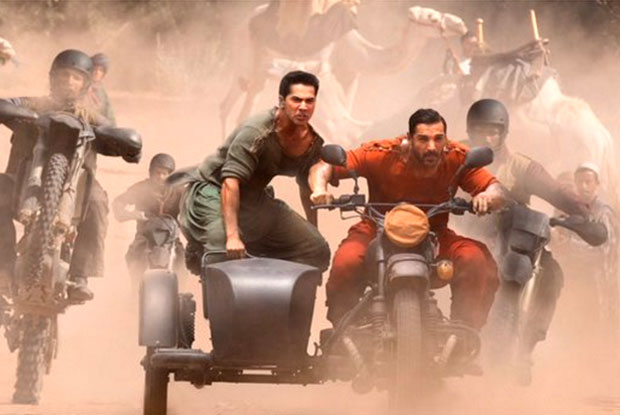 While there is hype and hoopla going on all around the world over Bollywood movie Dishoom, the film is facing an apparent ban in the cinemas all over Pakistan.

According to a report by the Express Tribune, Varun Dhawan’s action movie is still awaiting decision for its release while it is already screening in theaters worldwide.

“The initial five-member-panel could not reach a unanimous decision regarding the fate of the film and neither did they recommend the movie to be presented to the full board,” CBFC Chairman Mobashir Hasan told The Express Tribune.

The latest buzz is that now the decision regarding the fate of the film has been forwarded to the Ministry of Information, Broadcasting, and Heritage.

“The ministry will decide the fate of the film. Technically, the film is not banned but is not being exhibited in the cinemas,” Hasan added.

Let’s see if the movie greets Pakistani cinemas or faces a ban like various other Bollywood movies. With the story set in the Middle East, the movie has already wrapped a schedule in the grungy valleys of Morocco. From there, the unit heads to the clear blue skies and palm trees of Abu Dhabi.

The first look of the movie was revealed by Varun on social media. Varun, who is currently busy with the promotions of his upcoming flick, Dilwale posted the following:

The action adventure movie is slated to release on July 29, 2016.