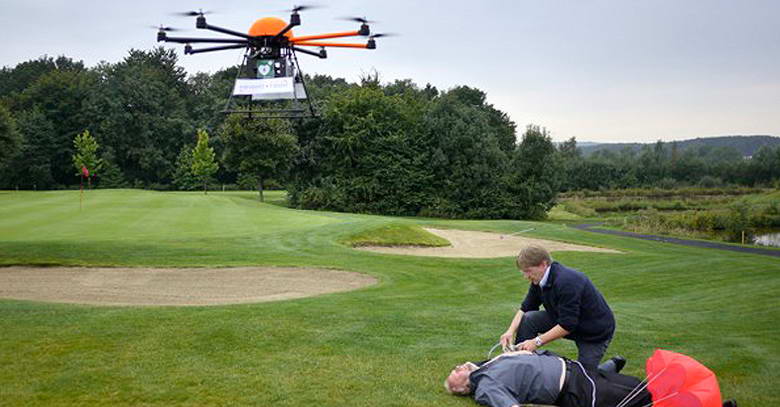 Heart attack, till date, remains to be the leading cause of death for mankind, in both male and female. Myocardial Infarction, as it is termed medically, occurs when blood does not flow properly to one part of the heart, thus injuring it due to the lack of oxygen, Mashable reported.

The person having a heart attack is left with very little consciousness and even more little time to do anything about it. So the suffering person is either left dependent on the people around him or fate if he/she was alone.

Human response time, regardless of how fast one can make it, would always be just a little too slow. That is the idea behind Defikopter, a drone that can save the life of a person who is having a heart attack, on sight.

Drone in technological terminology refers to an ‘unmanned vehicle’. Drones are often confused with an MQ-9 Reaper – a combat aerial vehicle commonly known as drone.

Technology is a tool that can be used either way. And rightly so, a Defikopter is also a million dollar machine made to save human lives in contrast to its predecessors.

Made by German Non-for-Profit Organization (NPO) Definetz and drone-developer Height Tech, the Defikopter is controlled by a GPS-enabled Smartphone Application, which lets its users call for an emergency defibrillator.

Defikopter is reported to travel in a radius of about ten Kilometers with a flight speed of around 70 KM/hour. A flying robot also gives innate advantages like being on-time even on places where terrain does not allow fast travelling and there is also no fear of delay from a traffic jam.

The significance of assistance through a defibrillator is better prompted in an American Red Cross report that quotes, “For each minute defibrillation is delayed, the chance of survival is reduced approximately 10%.”