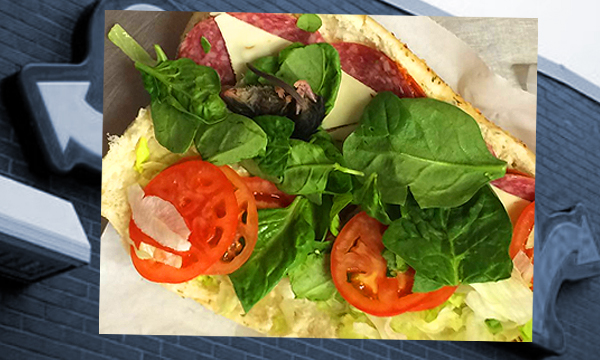 Jay Armstead, Portland, Oregon resident almost got served with a Subway sandwich, filled with a wet, dead mouse scooped in spinach. Thankfully, the Subway employee, making the sandwich noticed it before serving it to Armstead.

While the shocked employee offered Armstead and his friend, Matt Jones, a refund and a voucher for free sandwich, the duo declined it and instead decided to post the unappetizing photo on Facebook.

Grossed out by the appearance of the mouse in the spinach, the duo were more concerned about other customers who had been served before them with the contaminated spinach and demanded that all of them should be notified.

Claiming that it would be impossible to track them all down, the Subway management instead disposed off all present ingredients and called in the Health Department for a hygiene check.

Cheryl Connell, director of Lincoln County Health and Human Services, claimed that the contaminated spinach did not pose a health risk and therefore, felt no need to alert other customers.