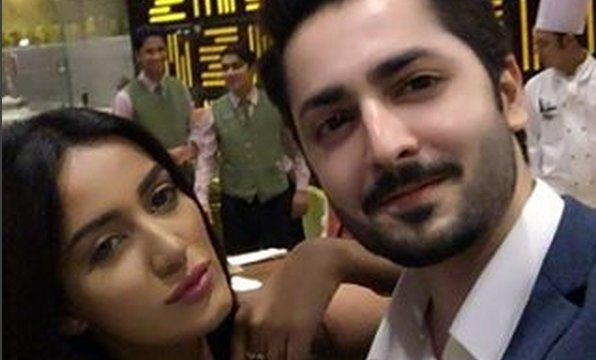 It seems that there is no stopping for the Wrong No. hero, Danish Taimoor who has bagged yet another Pakistani movie in his pocket. The actor is all set to star in a romantic flick “Tum Hi To Ho”, under the directorship of the legendary Lollywood lady, Sangeeta.

While Taimoor has tried his luck with  action and comedy, the heartthrob will be now seen as a lover boy with a debutante lead, Qurutulain.

“This is going to be my third movie. I feel like I have done action, I have done comedy so now, it’s time to give the romance genre a go. I also strongly feel that our cinema needs this type of a movie”, the star told Dawn.

The buzz is that the  controversial starlet, Mathira will be seen in a leading role in a villainous avatar in the movie.

“I’m playing one of the two female leads opposite Danish Taimoor in the film,” said the actress in an interview to Express Tribune.

The tale will revolve around a love triangle between young, college students and has been slated for an Eid-ul-Adha 2016 release.

Check out some BTS images from Tum Hi To Ho.

#TUMHITOUHO..A shot from my new #movie