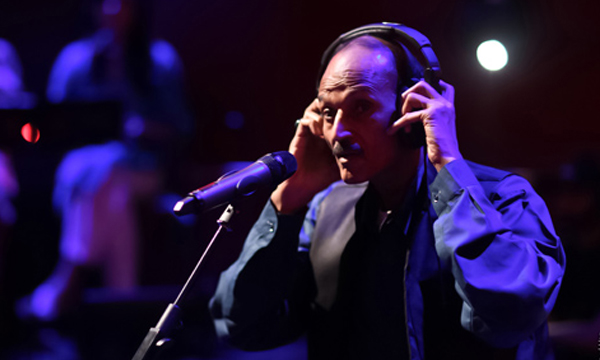 It is a proud moment for Pakistan as the nation’s music maestro, Ustad Naseeruddin Saami will be collaborating with Grammy-winning producer, Ian Brennan. The pair will be uniting for a multi-CD album and we just can not be any more excited!

Ian is all Praises for Ustad Naseeruddin Saami

While the Irish-American producer has worked with musicians hailing from Romania, Italy, Cambodia, Rwanda and Mali, this will be the 1st time Ian will work with an artist from Pakistan.

Saami is a world class vocalist, both virtuosic and soulful at the same time and that is a rare feat!

Guess who made this collaboration possible?

Ali Sethi and Zeb Banagash! This was the team behind this successful union. Apparently, Sethi e-mailed the producer and made this feat possible for their musical master.

A few years ago I heard a Grammy-winning record by Tinariwen. Its purity struck me at once – it had this scintillating combination of urgency and transparency, you could hear a whole civilisation in the music.

Zeb too was eager for this collaboration to happen and wanted Saami’s voice to go international!

His tutelage had a transformative effect on our lives. As his students, we couldn’t fathom why someone like him didn’t have albums for the world to experience his music.

Many might not be aware but Naseeruddin made his debut in CS with a classical tune “Mundaari”. While the track went unnoticed, it was surely music for the soul.